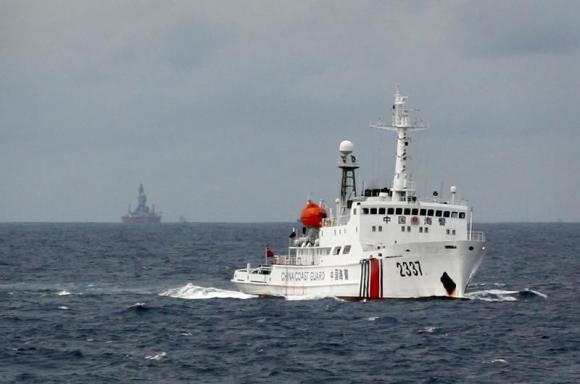 The Chinese government issued a lengthy policy paper formally rejecting the arbitration submitted by the Philippes over sovereignty in the South China Sea. In March, the Philippines filed an international arbitration case at the Permanent Court of Arbitration at The Hague to challenge China’s claims of sovereignty over parts of the South China Sea. China is required to respond in the case by December 15, yet denied that the release of the paper was tied to the deadline. From Adam Rose and Ben Blanchard at Reuters:

Xu Hong, head of the ministry’s legal and treaties department, said the timing of the paper had nothing to do with the deadline, and it had taken time to prepare China’s arguments for why it was not participating in arbitration.

“Some people, who do not know the truth, have questioned China’s position of not accepting or participating in the arbitration,” he told a news conference.

“Some others, who harbor ulterior motives, have made one-sided and misleading readings of the rules of international law, and, on that basis, made accusations or insinuations that China does not abide by law and perversely brand China a ‘challenger’ to international rules.”

He accused the Philippines of lying when it said it had discussed arbitration with China, and of failing to respond to Chinese proposals for talks. [Source]

A week before China must submit its defense to Philippine charges at a United Nations panel, the government outlined 93 points, reiterating that it holds sole sovereignty in the area and that the United Nations Convention on the Law of the Sea has no jurisdiction over territorial claims.

The Philippines challenged China’s claim to much of the South China Sea at the tribunal in March, seeking to check Beijing’s bid for control of waters rich in oil, gas and fish. The Southeast Asian nation said it had exhausted political and diplomatic avenues to resolve the case. [Source]

Xinhua has posted the full policy paper as well as a summary in English.