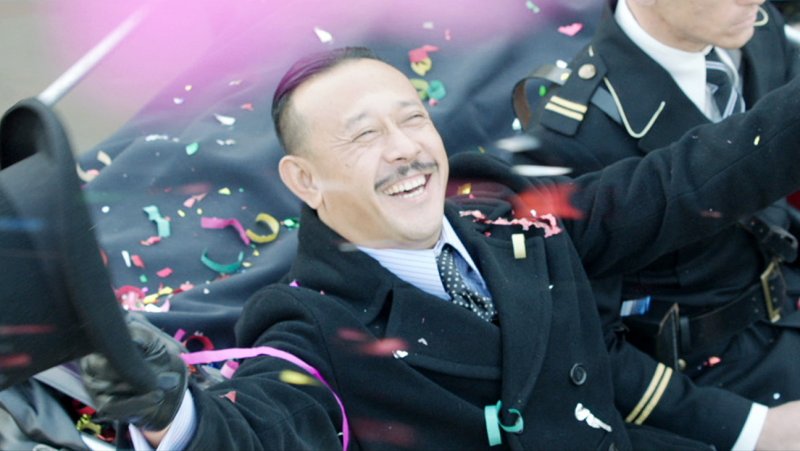 At The Hollywood Reporter, Clifford Coonan reports that the Beijing premiere of Jiang Wen’s 1920s epic Gone With The Bullets has been delayed by censors:

There are some new last-minute developments regarding censorship, and we have to take time to make some adjustments, so the premiere will be postponed, the company said in a statement on its WeChat social media page.

Jiang, one of China’s most talented actors and writers, is no stranger to censorship headaches. The one-time bad boy of Chinese cinema, he was banned for seven years from filmmaking after Devils on the Doorstep back in 2000.

[…] A sequel to the wildly successful Let the Bullets Fly in 2010, has currently run up more than $19.5 million in preordered tickets, weeks before its theatrical release. [Source]

The Cannes Grand Prix-winning Devils on the Doorstep landed Jiang in trouble for its portrayal of relations between Chinese villagers and Japanese soldiers during the Second World War. State media regulator SARFT objected that these were not sufficiently black and white, lacking the required pure hatred on the Chinese side and unalloyed cruelty by the Japanese. Such issues came to a head in a vulgar and boring; scene in which a donkey belonging to the villagers became aroused by one belonging to the Japanese army.

Translation magazine Pathlight tweeted that the pre-launch publicity campaign for Gone With The Bullets is already in full swing, and pointed out a 2011 AP article on the earlier film’s suspected political subtexts:

There's already a poster for 'Gone With The Bullets' 一步之遥 on every other bus stop in Beijing http://t.co/YtkfHb4eA7 pic.twitter.com/I5vOR2OO6I

Set in the chaotic years after the collapse of imperial rule, Let the Bullets Fly tells the story of a Robin Hood-like bandit who kidnaps a con man about to take up the mayorship he secured through bribes. The bandit swaps identities with his hostage and becomes mayor, only to find himself locked in a battle of wits against a corrupt businessman who made his fortune from tobacco and human trafficking.

Movie critics, however, say there is more than meets the eye. Are the con man and businessman symbols of corrupt Chinese officials who have secretly pocketed the fruits of the country’s capitalist-style economic reforms? Is the bandit, who is played by Jiang himself, the brave crusader who dares take on the status quo?

[…] Asked if his latest work was in fact a political criticism, the 48-year-old filmmaker said, “Whatever interpretation is fine. Whatever. You are welcome to think whatever you want to.”[Source]