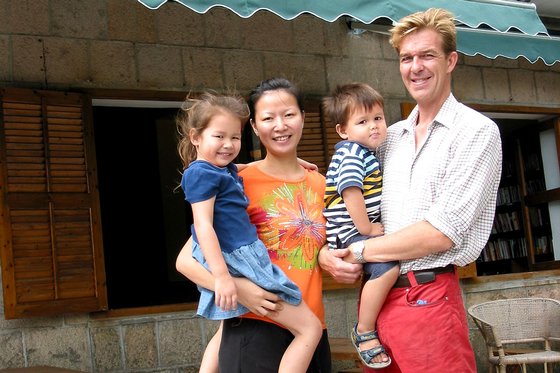 Welsh author and entrepreneur Mark Kitto founded the “That’s” English-language magazine franchise in 1998, and saw his successful publishing enterprise seized by the government in 2004. Soon after, he began writing the book “That’s China,” but the company that had agreed to publish it cancelled, afraid of offending Beijing and spoiling their business prospects in the mainland (the book was finally published in November of this year). In an op-ed for the New York Times, Mark Kitto talks about his experience with Chinese censors, and the increasing global trend of businesses and politicians bowing to the whims of the CCP with bottom lines in mind:

[…] Today, many of the same political and corporate leaders who complain about Chinese censorship and its harsh consequences — like the detention of writers such as the Nobel Peace Prize recipient Liu Xiaobo — quietly accept the censorship of the Chinese Communist Party themselves. Some even self-censor, in order not to upset the party or even, much worse, to avoid damaging their prospects of making money in China.

The South Africans denied the Dalai Lama a visa. The 2012 London Book Fair allowed the Chinese General Administration of Press and Publication (my old adversary) to dictate the guest list, and to bar another Chinese Nobel Prize winner, Gao Xingjian, who lives in exile in France. In November, top executives from international tech firms including Facebook, LinkedIn and Apple attended the inaugural World Internet Conference in Zhejiang Province. Access to many of the attendees’ sites and services is blocked in China, but none of them publicly raised the matter with the host, a state agency, despite the opportunity. Nor did any of them comment on the irony, at least in public. In March, Reader’s Digest made cuts to a publication being printed in China, at the request of the printer. In the same month the chairman of Bloomberg publicly questioned whether his organization should have “rethought” its coverage of politically sensitive news in China.

The world is falling over itself to please the Chinese Communist Party. We call it China, but that is a flag of convenience, a banana leaf to cover our embarrassment. […] [Source]

Also see a China Real Time interview with Mark Kitto from earlier this month, In which the publisher and author talks about his belatedly published book “That’s China,” his time post “That’s” magazine in the Zhejiang countryside, and his experience of “falling out of love” with China.