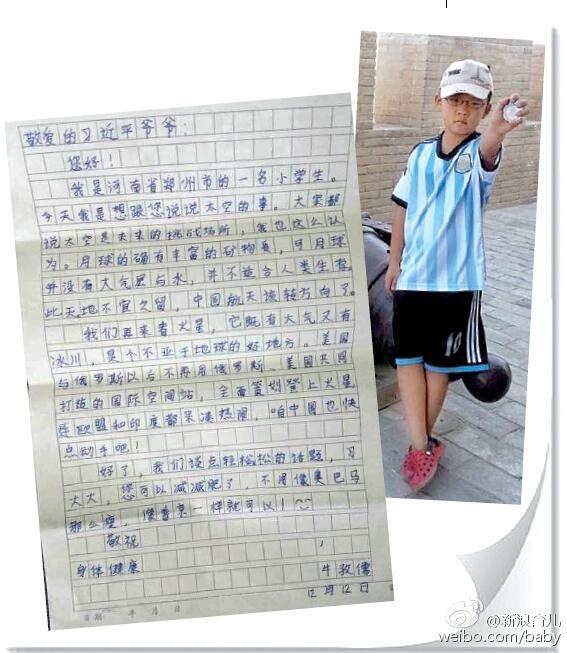 The letter, which circulated quickly but briefly on Chinese websites last week, first recommends that China colonize Mars. The censors soon pounced on the story. At Language Log, Victor Mair casts doubt on the authorship, noting the elegant prose and lack of childish orthographic errors.