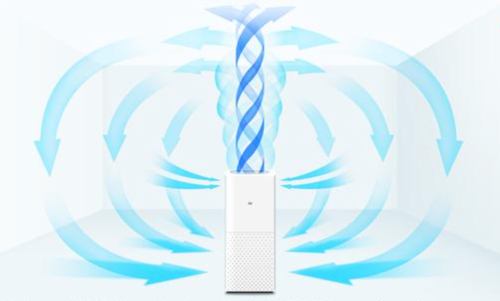 It was a mild barb from one Chinese technology tycoon to another. At an Internet conference last month, Jack Ma asked Xiaomi Corp.’s Lei Jun how much making a good smartphone mattered when the air and water were so bad?

[…] “We are studying Ma Yun,” Lei, Xiaomi’s chief executive officer, said referring to the Alibaba founder by his Chinese name after recounting his exchange with Ma at a news conference in Beijing to announce the Mi Air Purifier. “The pollution today is very, very bad. That’s why I really believe that everyone needs this kind of product.”

[…] “If you sell them at too expensive a price, the contribution to society isn’t that great,” Lei said. [Source]

While it marks a departure in function, the device may not help Xiaomi leave behind accusations of copying Apple’s designs given its resemblance to the Cupertino-based company’s AirPort Extreme wifi router.