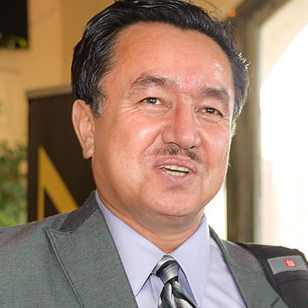 Beijing exercises strict control of the media narrative surrounding Xinjiang, where a controversial security crackdown is underway following an upswing in violence in the long troubled region. With a void of independently verified news, Beijing allows activists and foreign advocacy groups a monopoly on reported information, and foreign media organizations often cite U.S.-government funded Radio Free Asia as a source for developments in the tightly controlled region. The Washington Post’s Simon Denyer reports that China-based relatives of RFA’s Shohret Hoshur, a Uyghur journalist who left China some two decades ago, have for years been harassed in effort to suppress his reporting from Washington:

Last year, one of his brothers was sentenced to five years in prison for violating state security laws, while the two other brothers have been detained for allegedly leaking state secrets after discussing the trial in a phone call with Hoshur. RFA said the men were targeted because of Hoshur’s “breaking news coverage” of events in Xinjiang, where the brothers live.

“All three of my brothers are hard-working, upstanding members of their community, with little if any interest in politics or social issues,” the reporter said in the statement. “As farmers and merchants, they have been dedicated to supporting and providing for their families.”

Hoshur said the harassment had become so intense that he had even received phone calls from family members asking him to leave his job at RFA, an organization set up by Congress in 1994 to broadcast news that would otherwise not be reported in Asian countries where governments do not allow a free press. RFA continues to be funded by an annual grant from the U.S. government’s Broadcasting Board of Governors.

Hoshur dismissed the charges against his brothers.

“The conversation between me and my two brothers about our third brother’s trial was a private conversation about a serious matter that deeply concerns my family,” he said. “I find it very difficult to believe that this conversation could be used as the basis of the charges brought against my brothers for ‘leaking state secrets’ and ‘endangering state security.’ These seem only like thin excuses to justify the continued harassment of me as a journalist reporting on events in China’s Uighur region.”

In their annual global census, the Committee to Protect Journalists last month called China the world’s top jailer of journalists with 44 currently behind bars—17 of whom are Uyghur. In a blogpost, CPJ’s Asia Program Coordinator Bob Dietz relays the message sent to CPJ by RFA:

The following information was sent to us by Jennifer Chou, RFA’s deputy director of programming. It arrived after our deadline for the 2014 imprisoned list and, technically, the men aren’t locked up because of their journalism, but because of their brother’s. The roundup started early in 2014, according to the family. Here is Chou’s message:

We have a pressing issue regarding the safety and well-being of several family members of Radio Free Asia Uighur reporter Shohret Hoshur, a U.S. citizen who, we believe, has been targeted by Chinese authorities for his breaking news coverage of events in China’s Xinjiang Uighur Autonomous Region. Hoshur believes his three brothers have been wrongly arrested and charged as a means to intimidate and even silence him as a journalist reporting on sensitive issues in China.

Two of Hoshur’s brothers are being held for supposedly leaking state secrets after discussing the arrest and sentencing of his third brother in a telephone call with Hoshur. The family says Xinjiang Uighur Autonomous Region authorities have engaged in a pattern of intimidation and threats against them since 2009. Throughout this period authorities, police, and investigators seem to have used Hoshur’s coverage of sensitive issues as a journalist with Radio Free Asia as a justification for their harassment. Hoshur has even received phone calls from his family members asking him to leave his job at RFA, which he believes were made under pressure by authorities.

Worried that the situation could get worse, RFA has not named the brothers and is publicizing the situation with great care, as is Hoshur. […] [Source]

Shohret Hoshur told the AP’s Matthew Pennington that he won’t bow to the wishes of Chinese authorities and leave his job at RFA:

Hoshur said his brothers are farmers and merchants with little if any interest in politics or social issues, and dismisses the validity of any of the charges brought against them. He also said he won’t give into pressure to give up his journalism with Radio Free Asia, although his sister-in-law has been told by local government officials that’s the only way to get his brothers released.

“In my personal experience, the Chinese authorities could intensify their pressure after you start obeying them,” said Hoshur who has been honored at the New York Festivals radio program awards for his investigative coverage of Uighurs who have gone missing since deadly unrest in Xinjiang in 2009.

“If I leave from my job, this method can be used widely among Uighurs abroad as a successful tactic. I don’t want to be made an example of, obeying an authoritarian regime’s unacceptable demand,” he said. [Source]

Read more about media control in China and the situation in Xinjiang, via CDT.