Mission Improbable: How China Got its Aircraft Carrier 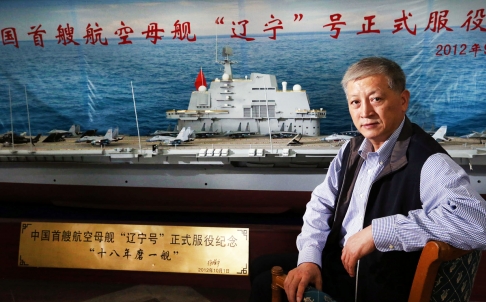 In a two-part story at South China Morning Post, Minnie Chan describes a Hong Kong basketball-player-turned-businessman’s six-year odyssey to unofficially procure China’s first aircraft carrier under the guise of building a floating casino. The project cost him US$120 million, none of which the government ever repaid.

Hong Kong-based businessman Xu Zengping pulled off the unlikeliest of military coups in 1998 – he convinced a Ukrainian shipyard to sell him an unfinished Soviet aircraft carrier for US$20 million. Xu, a former member of the Guangzhou Military Command basketball team, had been approached by naval officials to buy the carrier on China’s behalf but he had to do it with his own money and without the support of Beijing.

Xu sealed the deal over several days of alcohol-soaked negotiations and by April 30, 1999, with the final payment made, the massive vessel was his – he just had to get it home to China.

[…] A source familiar with the carrier deal said Xu was saddled with the costs because many of the naval officials who had approached him to take on the mission had either died or were in jail. “Ji Shengde, the former naval intelligence chief, entrusted Xu to do the deal,” the source said. “But Ji was sacked and given a suspended death sentence in 2000 for his role in a Fujian smuggling scandal.” [Source 1] [Source 2]

Basketball Fans in China and the U.S. Angered Over Free Speech Controversy