WeChat and Global Submission to the GFW 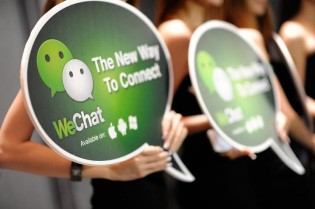 With Tencent’s WeChat app growing in popularity in both China and the world at large, the Guardian Project‘s Nathan Freitas highlights censorship and surveillance concerns that global users should be aware of when using the messaging app:

The first concern is that China’s demand for censorship of particular topics and keywords will begin to extend beyond its borders. As detailed analysis from the Citizen Lab’s Asia Chats study has shown, censorship keyword lists can vary by geography. If you mention “Occupy Central” in a message sent from WeChat in Beijing to someone in Chengdu, it will likely be blocked and your profile flagged. If you send the same message using WeChat in Toronto to someone in New York, the message will likely go through, though your profile will most likely still be flagged.

The second concern is that communications by users outside China, be they Chinese citizens or not, can be surveilled, logged, and used against them in the future. If you are in San Francisco, and you join a WeChat group chat that is sympathetic to Tibetan self-immolations or the Uighur community, and some members of that group are located in Tibet, Xinjang, and China, then all of your messages and the fact that you are participating in that group chat are communicated to servers managed by Tencent, licensed under the authority of the Chinese government. Since your WeChat account is tied to your real phone number and SIM card, and your full address book is accessible by the app, then your real name and entire community are now flagged as being sympathetic to groups that China considers as harmful as the Islamic State or al-Qaida. Good luck getting a visa!

The third concern is that this type of service can be used for wholesale extraction of data and insertion of malware into targeted devices. Like most social media apps, the WeChat app on iPhone and Android has full permission to activate microphones and cameras, track your location, access your address book and photos, and copy all of this data at any time to their servers. […] [Source]

Freitas continues to note the compound concerns that arise when considering the above along with unease related to the overseas expansion of Chinese cellphone brands such as Xiaomi and Huawei.