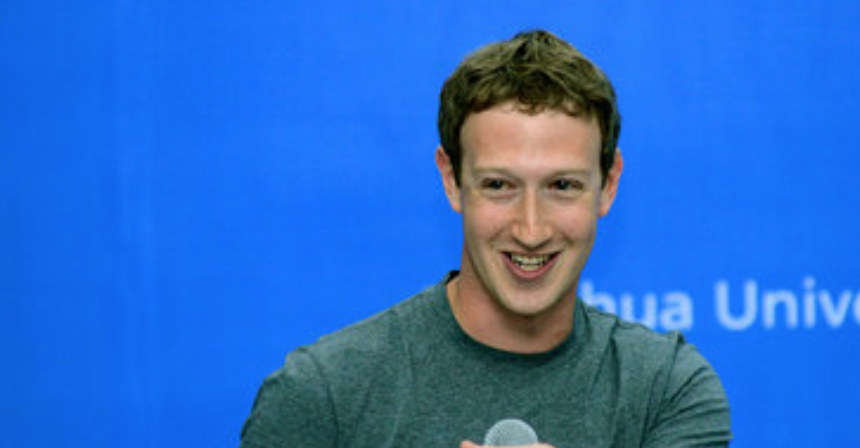 In an interview with Chinese news portal Sina.com, Mr. Cook said the Cupertino, Calif., gadget maker will also increase investment in China by an unspecified amount. “In the future China will become Apple’s biggest revenue contributor,” he said, according to Sina.com. “It’s just a matter of time.”

[…] Mr. Cook’s trip is being portrayed by some Chinese media outlets as part of the company’s attempt to assuage concerns the Chinese government or public might have about the security of data stored on its phones. In July, state broadcaster China Central Television called a location-tracking function on the iPhone a “national security concern.” Apple has said it doesn’t keep user data.

Despite mutual suspicion, Apple has developed what GreatFire.org—which first revealed the recent iCloud attack—has called “a cozy and snuggly […] bromance” with China. In January, it announced plans to deepen ties with the colossal China Mobile carrier, while in August it sought to dispel unease about its use of China-based servers.

Concerns about factory conditions have also been a longstanding problem for the company in China. Cook tried to sweeten the image of Apple’s supply chain with a visit to a Foxconn production line for the new iPhone 6 in Zhengzhou:

Great to meet talented people like Zhang Fan, who helps make iPhone 6 in Zhengzhou. An early highlight of this trip. pic.twitter.com/ALo5d3SiSZ

Also making an appearance in China was Facebook’s Mark Zuckerberg, who held a half-hour Q&A session at Beijing’s Tsinghua University as he took up a place on the advisory council of its School of Economics and Management. Speaking in Mandarin, Zuckerberg expressed hope that Facebook might one day win greater access to the country. From Austin Ramzy and Paul Mozur at The New York Times:

[…] Mr. Zuckerberg’s new association with Tsinghua University shows how Facebook is playing the long game in China. The hope appears to be that engagement with China, along with Facebook’s current operations selling advertisements to Chinese companies, will help the company some day open a form of its website in China.

[…] When asked about Facebook’s plans in China, Mr. Zuckerberg took two big gulps from his water bottle to laughter, and then said, “We’re already in China,” to more laughs.

“We help Chinese companies increase foreign customers, they use Facebook ads to find more customers,” he explained, citing how Lenovo uses Facebook to advertise in Indonesia. He added that Facebook had worked with Hangzhou and Qingdao to help those Chinese cities attract visitors via their Facebook pages.

“We want to help other places in the world connect to China,” he said. [Source]

Zuckerberg’s Chinese was greeted warmly by his audience, but met mixed reactions elsewhere.

Loving all the Zuck hate from the Chinese-speaking white guy contingent. You guys realize you sounded just like that in college right?

Mark Zuckerberg's Chinese is not bad at all. Bravo! Basically demonstrates the level anybody can achieve in 2-3 yrs. https://t.co/xogP6kn9ee

This is the vote that counts RT @akaDashan: Mark Zuckerberg's Chinese is not bad at all. Bravo!

Judge for yourself from video of the session on Facebook, or read further highlights from Quartz and more on Zuckerberg’s language skills at The Washington Post.

While Facebook tries to break into China, the country’s leading smartphone manufacturer Xiaomi has announced plans to break out, moving services for international users outside the Great Firewall. While citing performance as the main reason for the move, International VP Hugo Barra added that “it also better equips us to maintain high privacy standards and comply with local data protection regulations.” From Jon Russell at TechCrunch:

Xiaomi got itself into hot water this summer when it was found be sharing a range of user information with a server in China. A report from security company F-Secure found that the device’s IMEI number, customer’s phone number, phone contacts and text messages received were all shared but — importantly — there was no way for customers to opt out.

As with all things China and privacy-related, the revelation raised concerns that the information could be accessible by the Chinese government.

Xiaomi quickly offered an opt out for users, but moving their data overseas — MIUI services will be housed in Amazon AWS data centers in Oregon, USA, and Singapore — is the best response to any claims of nefarious intentions. [Source]

The Economist looked this week at the overseas expansion of Chinese smartphone brands, including Xiaomi. The obstacles ahead of them, from pronunciation to security fears and likely legal battles, appear steep but surmountable, it argues.

Another local firm on the move is OnePlus. Reviewers in developed markets have been raving about its clever handsets, which offer top-notch performance and features for around $300—less than half the list price of the latest iPhone. Carl Pei of OnePlus argues that unlike its rivals, his firm was “born a global company”. Since its founding late last year, it has targeted 16 countries—including such challenging markets as America and Britain. “It helps that a lot of people don’t know that we are a Chinese firm,” he confides.

[…] A serious threat to Chinese firms as they head overseas is lawsuits from Apple and Samsung, who themselves have long been entangled in nasty battles over intellectual property (IP). Ben Qiu of Cooley, an American law firm, believes that “Xiaomi is in dangerous waters of potential patent-infringement claims on the international markets.” But he argues that the firm’s clever management team, which includes former Google executives, can navigate these perilous seas because it is well prepared for legal and regulatory battles. [Source]