In China’s Modern Economy, a Retro Push Against Women 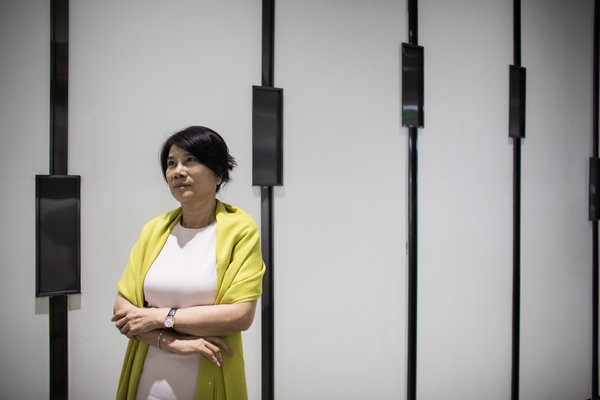 In the New York Times, Didi Kirsten Tatlow and Michael Forsythe report on a regressive attitude toward women in business in China, despite economic growth which has benefited some women:

[..T]he economic boom that has created opportunities for women has also fostered a resurgence of long-repressed traditional values. More and more men and women say a woman’s place is in the home, wealthy men take mistresses in a contemporary reprise of the concubine system, and pressure for women to marry young is intense. In the office, Socialist-era egalitarianism has been replaced by open sexism, in some cases reinforced by the law.

“The media has been publicizing individual cases of successful women, but over all there isn’t space for women to develop in the economic realm,” said Feng Yuan, a prominent Chinese feminist. “Women’s status has not improved, and in some areas has regressed.”

Chinese women are losing ground in the work force compared with men, their representation falling steadily with each rung up the professional ladder. Women make up 44.7 percent of the work force, but just 25.1 percent of people with positions of “responsibility,” according to China’s 2010 census.

At the very top, their share falls still further. [Source]

Outmoded portrayals of women in society were apparent in one of the most popular television events of the year, the annual Spring Festival Gala on CCTV. In a report for Foreign Policy, Yiqin Fu calls this year’s show “spectacularly misogynistic”:

Faced with a decline in ratings in recent years, Gala directors have sought to woo new viewers by incorporating youth-driven slang and topics, but their effort to do so this year went over like a lead balloon. Exhibit A: In one skit, a father was waiting to meet his daughter’s boyfriend for the first time, but also, it happened, was trying to pawn off an old coat at a thrift store. (A daughter who is good to her parents is known in one Chinese expression as a “thoughtful cotton coat.”) In a mix-up, the father mistook the thrift store employee for his future son-in-law. The employee proposed a price of around $5, declaring his offer fair because the object of discussion was “used” and “secondhand.” Later, when the father met the boyfriend, who the father thought was the thrift store employee, he said he intended to “donate” the coat (or was that his daughter?) to college students. Both jokes drew loud cheers and applause from the live in-studio audience. But web users were irate. In a widely shared Feb. 19 post on China’s massive microblogging platform, Weibo, one user wrote that the skit reinforced the notion that “women are the property of men,” sold by the father to the husband.

Read more about women’s rights in China, via CDT.