Five Censorship Predictions for the Year of the Sheep 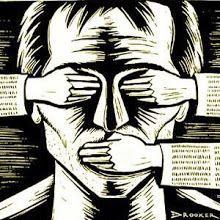 During Xi Jinping’s two years as president so far, China’s methods of traditional and new media control have seen steady reinforcement. As the Year of the Sheep begins, Freedom House’s Sarah Cook, author of a recently recently released special report on censorship and security under Xi Jinping, offers five predictions on censorship developments in the PRC during this lunar calendar. From Tea Leaf Nation:

Blocked websites, jailed journalists, and nationalist rhetoric have long been features of the Chinese Communist Party’s media control strategy. During the Year of the Horse, which just ended on China’s lunar calendar, President Xi Jinping and his colleagues ramped up the intensity of their control methods, while relying on revived or new tactics (like airing dissenters’ televised confessions and promoting centrally controlled social media news feeds) in an effort to dominate the information environment.

In the Year of the Sheep, which begins on Feb. 19, China’s censors will inevitably take new steps to advance the government narrative and constrict the space for dissent. Below are five media and Internet developments likely to take place: […] [Source]

Cook’s informed predictions can be seen as logical censorship developments when looking at the past year, which has seen an erosion of press freedom in Hong Kong, an “upgrade” of the Great Firewall, trials for outspoken journalists and free speech advocates, the beginnings of an assault against public WeChat accounts after an anti-rumor crackdown sparked a mass exodus from Weibo, and a continued flow of censorship directives concerning sensitive news topics.