Inside The Biggest Human Migration On Earth 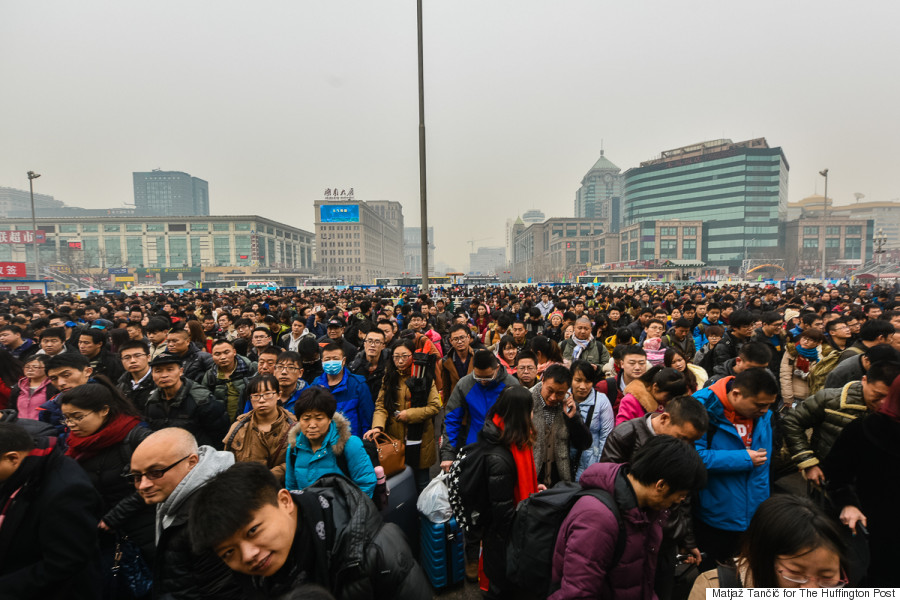 This week China is experiencing its annual migration as citizens return to their hometowns to celebrate the Lunar New Year with their families. An estimated 3.65 billion trips will be made during the holiday period, which lasts a total of 40 days, with this week experiencing the most trips. Baidu has tracked the migration on its maps, showing trips by train, car, and airplane. For Forbes, Ana Swanson lists “5 Things Chinese New Year Reveals About The World’s Most Vibrant Economy,” including:

1. Migration. China’s coastal cities began developing long before the interior, and rising wages along the coast brought huge numbers of workers to those cities in search of economic opportunity. China has an estimated 262 million rural migrant workers who moved to cities to find work, according to the China Labour Bulletin – basically, the entire population of the U.S. sans California and Florida. A recent report by the World Bank estimates that nearly 200 million people moved to urban areas in East Asia between 2000-2010. If that population were a country, it would be the world’s sixth largest. [Source]

For the Huffington Post, Matt Sheehan joined the throngs on a 39-hour train ride from Beijing to Urumqi, Xinjiang, and described the scene:

As the sun tucks itself in behind rolling hills, Li Xin unpacks his acoustic guitar. The initial rounds of small talk have died down, and 26-year-old Li feels out the mood as he picks a few gentle chords. His first Chinese love ballad receives approving applause from the carriage, and he transitions into a smokey-voiced tribute to his adopted home of Beijing.

[…] After a couple of songs, Zulpikhar steps in and asks to borrow the guitar and a seat, quickly launching into flamenco-infused Uyghur folk songs. Syncopated rhythms and pleading vocals fill the carriage, captivating the surrounding booths and drawing shouts of encouragement. After a couple songs and a crooning duet with Li Xin, Zulpikhar makes his way back down the aisle, blushing at the compliments as he heads to his booth.

[…] Once the card games, drinking games and cell phone games have shut down for the evening, the people of carriage 17 shift and wriggle uncomfortably toward sleep.

Even in the dead of night, fluorescent lights in the hard seat compartment never shut off. It’s a policy with a purpose — total darkness in a packed car would be an invitation to mayhem — but the unceasing illumination presents passengers waking at 4 a.m. with a Pompeii-esque tableau: hundreds of men, women and children slumped unconscious across the booths, sinks and stairwells. [Source]

PBS Newshour has posted photos of holiday travel and celebrations this week in China.

Five Censorship Predictions for the Year of the Sheep