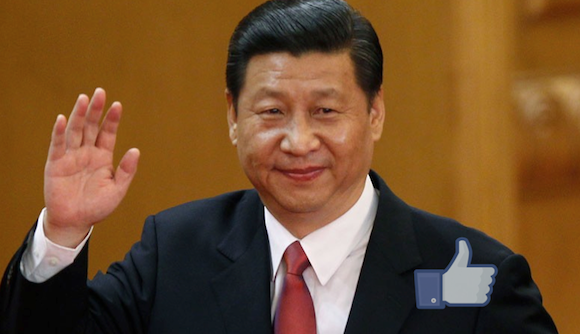 Xi: “the method of properly applying bottom-line thinking is about preparing for the bad points and working at the same time to obtain the best possible results. It’s about being prepared, not panicking, and firmly grasping the initiative.”

Background: According to the Study Times, Xi Jinping first emphasised [this phrase] at an important meeting in 2013. Since the 18th National Congress [in 2012], Xi Jinping has often emphasised using bottom-line thinking to advantage.

Xi: “For the strict administration of the Party, the punitive hand must not go soft. We must persist in striking both ‘tigers’ and ‘flies,’ resolutely investigating violations of the law and of discipline by leading cadres. . .”

Background: On January 22, 2013, Xi Jinping spoke these words in an important speech during the second full session of the 18th Central Discipline Inspection Commission. From the 18th National Congress to now, 61 officials at the vice-ministerial level or above have fallen, underscoring the unprecedented strength of the anti-corruption campaign and illustrating the determination of the Central Party led by General Secretary Xi Jinping. [Source]

‘APEC blue,’ a sarcastic term coined by Beijing residents during last November’s Asia-Pacific Economic Cooperation summit to describe the rare blue skies over the Chinese capital, has been lauded by the China Ecological Civilization Research and Promotion Association as “one of the top 10 ecological accomplishments of 2014.” Zheng Jinran at China Daily reports:

China Ecological Civilization Research and Promotion Association, a green NGO under the Ministry of Environmental Protection has included APEC blue in its list of the 10 major accomplishments achieved in 2014 released on Thursday.

The concentration of PM2.5, the major airborne pollutants, was reduced by 55 percent than during the same period in 2013, making the air quality during the period the best in the past five years in Beijing.

To make the sky blue, more than 9,200 companies in key industries suspended production and more than 40,000 construction sites stopped working to reduce dust in six areas including Beijing and Hebei province. [Source]