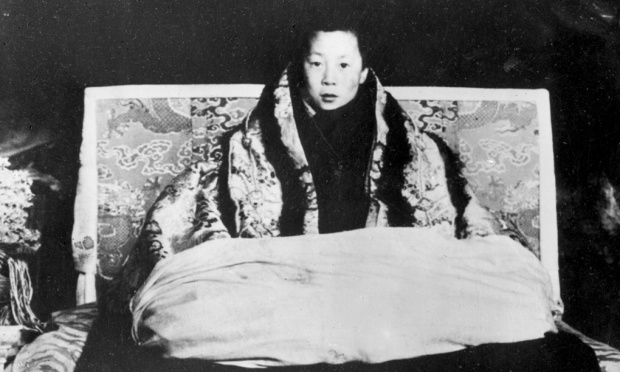 The Tibetan Review reports that thousands of Tibetans in the province of Sichuan defied government restrictions and paid homage to the Dalai Lama during last week’s Lunar New Year celebrations.

Defying risks of a violent crackdown and severe punishment by Chinese authorities, Tibetans in Ngaba (Chinese: Aba) County of Sichuan Province have openly and massively paid obeisance to their exiled spiritual leader, the Dalai Lama, on the first day of Losar, the Tibetan New Year, which fell on Feb 19, reported voatibetanenglish.com Feb 20. Tibetans traditionally mark their age by Losar and this date therefore ushered in the momentous occasion of the Dalai Lama reaching 80 years old.

The report said more than 3,000 people visited the Sergon Thubten Chokle Namgyal Ling, which belongs to the Jonang school of Tibetan Buddhism, and offered ceremonial scarves to a life-sized portrait of the Dalai Lama while Lungta prayer flags imprinted on pieces of paper filled the sky above.

China’s forced patriotism and legal education campaigns, being carried out especially at monasteries, require Tibetans to disown and condemn the Dalai Lama, with those who refuse to do so being severely beaten and legally punished. [Source]

At monasteries in Sichuan’s Ngaba (in Chinese, Aba) and Golog (Guoluo)Tibetan Autonomous Prefectures, participants placed life-size photos of the Dalai Lama on thrones in the monasteries’ courtyards, made offerings, and recited prayers for his long life, a local source told RFA’s Tibetan Service.

“Those taking part included both monks from the monasteries and laypersons from the local Tibetan community,” RFA’s source said, speaking on condition of anonymity.

“They threw prayer leaflets in the air, conducted fireworks displays, and openly marked the 80th anniversary year of [the Dalai Lama’s] birth,” he said.

Monasteries taking part in the celebrations on Thursday, the first day of the Lunar New Year, included Se,  Nyentse, and Sumdo monasteries in Ngaba, and Jonang Kyada in Golog, sources said. [Source]

This week also marks the 75th anniversary of the current Dalai Lama’s enthronement. The Guardian has reprinted its report of the event from February 1940 to mark the occasion.

Amid impressive ceremonial a six-year-old Chinese peasant was today enthroned in Lhasa as Dalai Lama – ruler of Tibet’s 3,000,000 people. Riding in a golden palanquin, he was escorted by a mile-long procession from his palace on the outskirts of the city to the Potala Palace, where the ceremony was held.

An hour before dawn, at the time fixed by astrologers, the fourteenth incarnation of the Dalai Lama entered the main assembly hall of the palace to the sound of trumpets and mounted the golden throne. The ceremonies will last for several days. [Source]