Wolf Totem Author, Director Brought in From the Cold 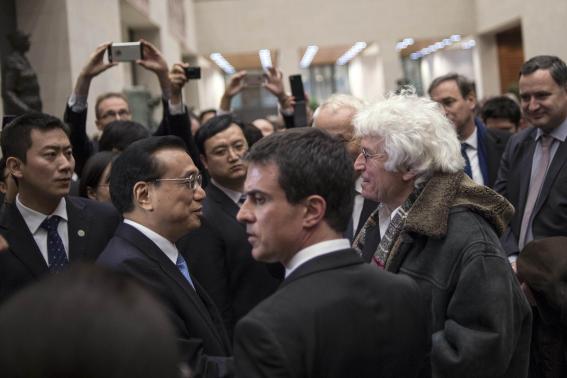 The Economist notes the rehabilitation of the author of 2004 novel “Wolf Totem” and the director of its new film adaptation. The book is a semi-autobiographical environmental fable set in the Inner Mongolian grasslands during the Cultural Revolution.

The author, Lu Jiamin, was jailed for more than a year for his role in the Tiananmen Square protests of 1989. Worried his subsequent writings would be banned, he wrote the novel under a pen name, Jiang Rong. The French director, Jean-Jacques Annaud, had been banned from China for making “Seven Years in Tibet”, a film released in 1997 that depicts the Chinese army invading Tibet and portrays the Dalai Lama sympathetically. But China Film Group, a state-owned giant, and others made Mr Annaud a rare foreign director of a Chinese feature film, with a budget of more than $40m.

[…] In an open letter circulated in Chinese online (a liberal but generally fair translation, he says), Mr Annaud declared he had “never supported Tibet’s independence” and had no “personal relationship” with the Dalai Lama.

There were some domestic critics online who did not care for the novel or its author, and who would have liked to derail the film project. Mr Annaud’s self-criticism helped protect against that, and the Chinese system in turn protected him. The new natural order of things, perhaps. [Source]

Annaud recently told Reuters that censors had given him carte blanche on the project, but acknowledged that this freedom “may have been an exception.” Even without their guidance, the film reportedly plays down the novel’s political subtexts to focus on its environmental theme.