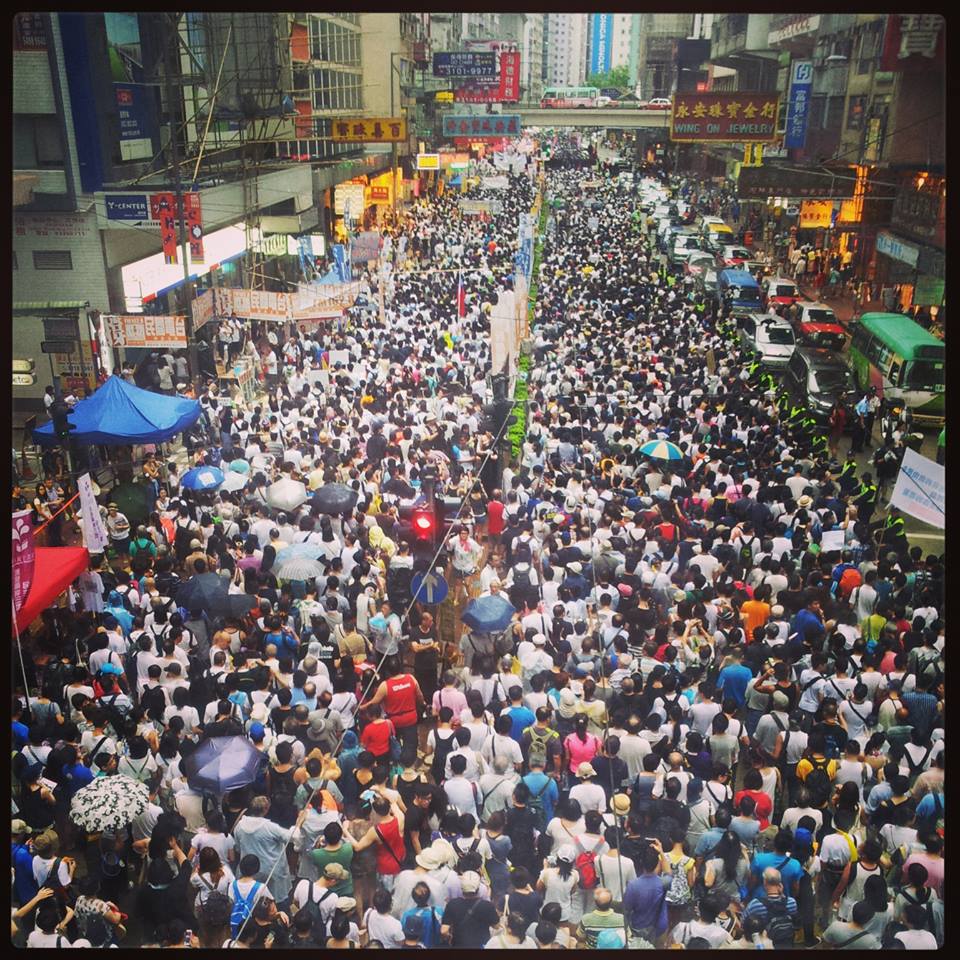 As the National People’s Congress annual session opened in Beijing, the third-ranked mainland leader reiterated the government line on pro-democracy protests that overtook Hong Kong streets for two and a half months last fall. Zhang Dejiang emphasized that the government may refocus attention on “patriotic education,” as high school and college students were the main participants in the protests. From Clare Baldwin and Nicole Li at Reuters:

The comments echo remarks last month by the head of China’s Hong Kong Liaison Office, who said Beijing aimed to tighten control of the global financial hub and warned that the central government could take a renewed interest in patriotic education, an issue that sparked mass protests in Hong Kong in 2012.

Zhang also urged Hong Kong and China to seek “specific solutions” to recent protests against traders and visitors from the mainland, and warned against those with “ulterior motives”, according to reports of a closed-door session of the National People’s Congress held in Beijing on Wednesday.

He urged political appointees from Hong Kong to “carry forward the honorable tradition of loving China, Hong Kong and Macau” and “contribute to safeguarding the country’s sovereignty, security and development, and maintaining its stability,” the official Xinhua news agency said. [Source]

In 2012, the Hong Kong government tried to introduce a “Moral and National Education” program in primary and secondary schools, which praised the Communist Party and criticized the American political system. Students launched protests in response, forming a group called Scholarism, which was one of the leading forces behind the 2014 protests.

More recently, Hong Kong residents have staged protests against “parallel traders,” or mainland residents who shop in Hong Kong only to sell the goods across the border.