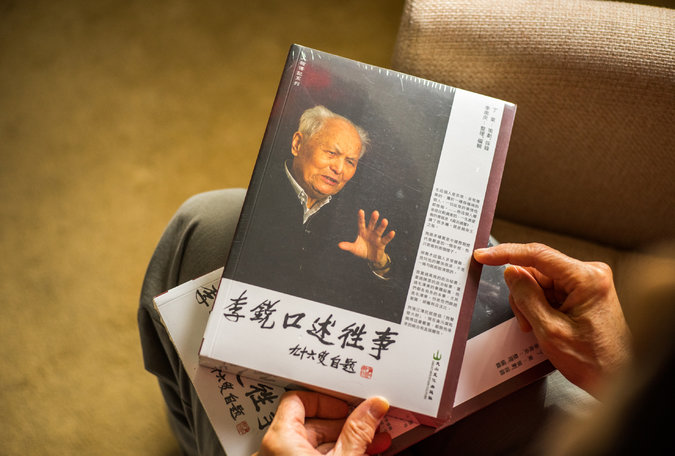 Hong Kong publishers have long taken advantage of the region’s liberal publishing laws to produce books that would otherwise be banned on the mainland. As travel restrictions on Chinese tourists have loosened up, Hong Kong bookstores have done booming business from travelers aiming to bring outlawed books back into China. But the risks for the publishers have also grown in recent years. A year ago, Yao Wentian (Yiu Man-tin) was sentenced to ten years in prison for “smuggling ordinary goods,” after bringing paint to a friend in Shenzhen. But many supporters believe he was targeted for his work with Morning Bell Press, which publishes books on Chinese leaders, and was planning a forthcoming title by exiled dissident Yu Jie about Xi Jinping.

Chinese tourists returning from Hong Kong have increasingly had book purchases seized by customs. Now, Li Nanyang, the daughter of retired Party elder and reformist Li Rui, is suing authorities over the seizure of several dozen copies of her father’s memoirs, published in Hong Kong. From Ian Johnson at the New York Times:

Though China’s censorship of the Internet is widely known, its aggressive efforts to intercept publications being carried into the country have received less notice. Ms. Li hopes to change that with a lawsuit she has filed in Beijing challenging the legality of the airport seizures. She doubts she will get her books back, but she is seeking something perhaps more potent: an official explanation for an act of censorship.

“Li Rui is an elder of the Communist Party,” Ms. Li said in an interview. “If he doesn’t have freedom of speech, who does?”

In a nation with the world’s largest population of Internet users, Ms. Li’s legal battle might feel as if it belongs to another time. Yet it is precisely because of China’s sophisticated Web filters that books and other old-fashioned print publications remain a significant outlet for Chinese writers and readers seeking to elude censorship — and a problem for the party in its efforts to limit information that contradicts its sanitized version of history.

For decades, these books flowed quietly into China from Hong Kong, a British colony until 1997, where residents still enjoy greater freedoms. But Chinese authors and publishers say border controls have sharpened dramatically in recent years, making it much riskier to bring banned books to mainland China. [Source]

TikTok: Censorship and Xinjiang in “the Last Sunny Corner on the Internet”

Minitrue: Do Not Report on Withdrawal of HK Extradition Bill

Minitrue: Trade War Not “Most Comfortable” for China