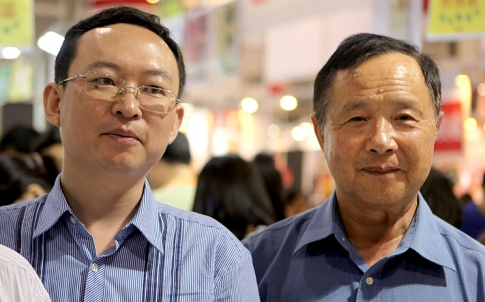 Sichuan-born, Hong Kong-based publisher Yiu Man-tin (also known as Yao Wentian), who was reportedly “lured” to Shenzhen in last October on false pretenses, detained, and then charged in November, was sentenced to 10 years in prison yesterday by a Shenzhen court. The South China Morning Post reports:

But his son, Edmond Yiu Yung-chin, believed his father had been set up to prevent him from publishing “subversive” books on Chinese leaders. […] [Source]

The New York Times has more on the crime Yiu is alleged to a have committed, and on how some believe he is actually being penalized for his work publishing sensitive material:

Mr. Yiu, a retired engineer, forged a second career as a small publisher who issued books on subjects and by authors taboo in mainland China. One of his planned ventures before his arrest last year was a critical polemic about Mr. Xi by Yu Jie, a Chinese writer in exile in the United States.

The police in Shenzhen, the southern Chinese city adjacent to Hong Kong, detained Mr. Yiu after he crossed the border last November and alleged that he had made trips to smuggle deceptively labeled chemicals to avoid taxes and duties. Ding Xikui, a lawyer for Mr. Yiu, said his client had acknowledged some wrongdoing, but Mr. Ding and another defense lawyer had argued at the trial in March for a light sentence, claiming Mr. Yiu was not the main culprit.

[…] Mr. Yiu’s supporters have argued that the charges were selectively used against him, because of his publishing activities, even if he did acknowledge some culpability. Publishers and journalists in Hong Kong have said that increasing pressure from Chinese authorities, including indirect commercial threats, has eroded the city’s freedom of expression. Some have alleged that an attack on a prominent editor in February was intended to send a chilling message to the media. [Source]

Read more about Kevin Lau Chun-to, the Hong Kong editor who was brutally attacked in February, or fears of Beijing using its influence to stifle press freedom in Hong Kong, via CDT.