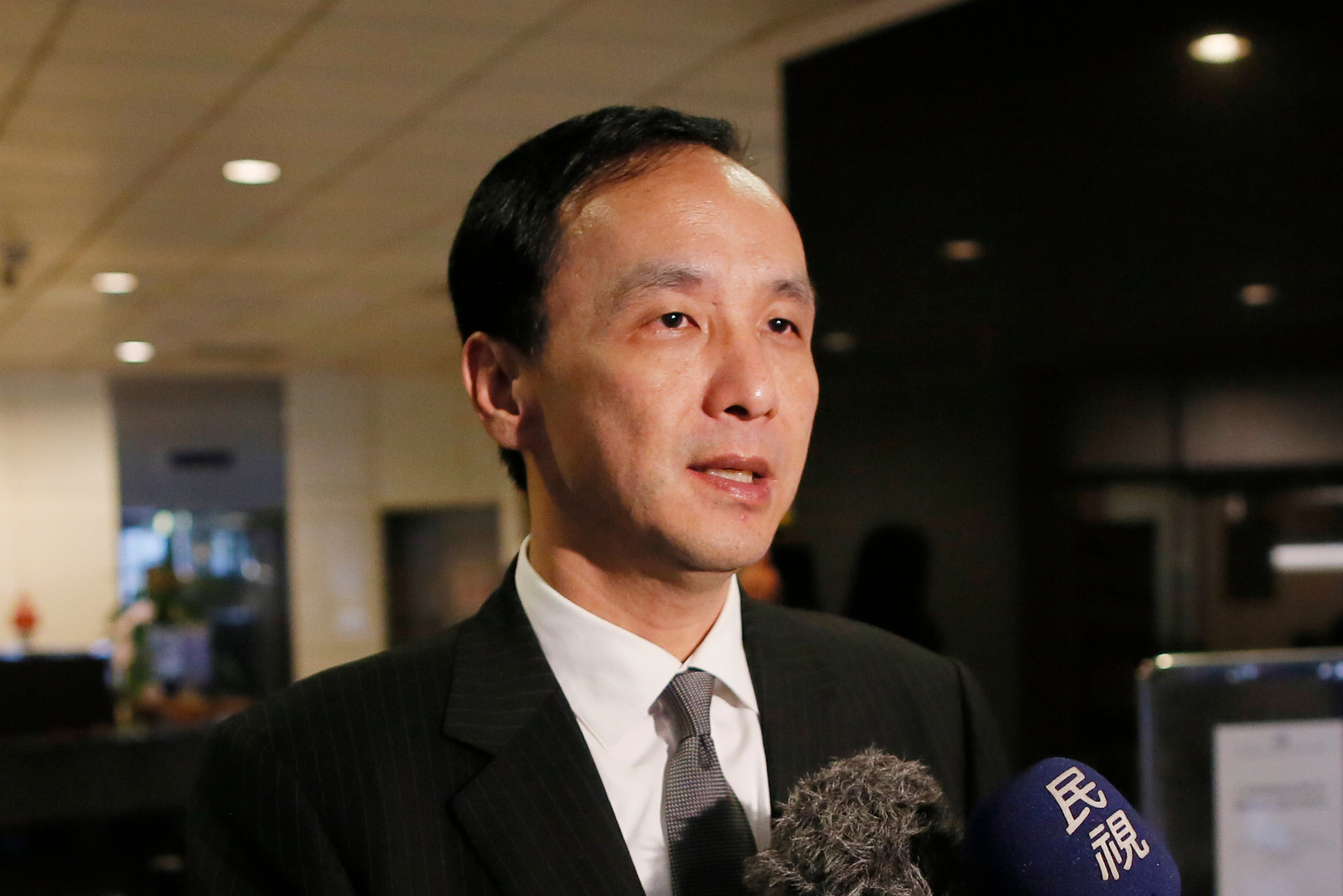 The New York Times’ Austin Ramzy reports that President Xi Jinping will be meeting with Eric Chu, the new chief of Taiwan’s Nationalist (Kuomintang, or KMT) Party, in Beijing during the first week of May.

President Xi Jinping of China, who is also general secretary of the Chinese Communist Party, will meet next month with the chairman of Taiwan’s governing party in Beijing, both sides said on Friday, in what would be the first meeting of the two parties’ leaders since 2009.

No major breakthroughs are expected in the May 4 meeting between Mr. Xi and Eric Chu, the chairman of the Nationalist Party, also known as the Kuomintang.

“The two sides will have a wide-ranging exchange on the prospects for cross-strait relations, the well-being of people on both sides of the strait and other common issues,” the Kuomintang said in a statement. [Source]

Cross-strait relations will likely be the main topic of concern for Mr. Chu, whose party will be seeking re-election in 2016. Jenny W. Hsu at The Wall Street Journal reports:

“Cross-strait harmony is still the dominant concern for the Taiwan electorate across all political preferences. The meeting between the two leaders is to highlight that the KMT is still Beijing’s preferred partner that can be trusted to handle cross-Strait affairs,” said Yen Chen-shen, a political-science professor at Taiwan’s National Chengchi University.

The meeting is also a chance for Mr. Chu, who became the KMT chief less than five months ago, to set the tone for future engagements with China, amid concerns that the KMT has become too cozy with Beijing in recent years.

Mr. Chu, a moderate who became the KMT chairman in January, has carefully avoided offering firm views on cross-Strait ties. He is widely seen as KMT’s best hope in next year’s presidential race, though he has said he doesn’t intend to run. [Source]

George Tsai Wei, a professor of political science at Chinese Culture University in Taiwan, said cross-strait ties were a key factor in the election and a difference between the KMT and DPP. “If through this meeting, further substantial achievements can be made, the KMT can put ground between it and the DPP and that would be helpful to the KMT in the election,” Tsai said. Tsai said a substantial achievement could be being granted more flexibility in international diplomacy.

[…] Professor Tsai said another area for progress could be the “1992 Consensus”, an agreement that there is only “one China” but that each side is free to interpret what that means.

Li Fei, deputy director of Xiamen University’s Taiwan Research Institute, said Chu’s participation in the forum and his meeting with Xi was affirmation of the cross-strait policies and ties since Ma came to power in 2008. It also indicated that the KMT would continue to abide by the “1992 Consensus”, whether or not it is in power. “Therefore, at both the forum and the meeting, the ‘1992 Consensus’ will be a key term,” Li said. [Source]

China warned Taiwan’s main opposition Democratic Progressive Party (DPP) on Wednesday to heed the lessons of the last time it was in power and not push for independence, as the party announced its candidate for next year’s presidential election.

[…] China’s Taiwan Affairs Office, asked about the stance on China of the DPP’s presidential candidate, Tsai Ing-wen, said the crux of maintaining peace and stability across the Taiwan Strait was to oppose independence for Taiwan.

“If (the DPP) upholds the Taiwan independence splittist position of ‘one country on either side of the strait’, then it will be hard to find a way out for cross-strait relations,” spokesman Ma Xiaoguang told a regular news briefing.

[…] Speaking in Taipei, Tsai said the development of cross-strait relations had to be subject to the will of Taiwan’s people and could not be undertaken as party-to-party negotiations. [Source]

Tsai has said her party’s basic position on cross-strait relations is to maintain the status quo. Jenny W. Hsu at The Wall Street Journal again reports:

At a news conference in Taipei, Ms. Tsai reiterated that maintaining the “status quo” with China—no mutual recognition and no unilateral change of status—is the basic principle of the DPP’s China policy.

“When the DPP resumes power, [the party] will conduct all cross-strait exchanges on a democratic ground firmly based on people’s will,” said Ms. Tsai, who would be Taiwan’s first female president if elected. Taiwan must maintain peaceful and harmonious external relationships with all players, she said.

[…] As Taiwan’s former top China negotiator, Ms. Tsai is all too familiar with the twin pressures of convincing the electorate that she won’t lead Taiwan deeper into Beijing’s orbit while seeking closer trade ties with China, Taiwan’s largest export destination and the main manufacturing base of Taiwan’s major tech companies. [Source]

This month marks the one-year anniversary of Taiwan’s Sunflower Movement, a student-led protest that took place following the passing of the Cross Strait Service Trade Agreement. The movement’s former members are seen by the Democratic Progressive Party as potential supporters. From The Economist:

Many of them are young people who feel gloomy about job prospects, and who are quick to blame their woes on China. On March 25th, 119 Sunflower participants were put on trial, accused of offences such as trespass and violating laws on public assembly. One student leader, Chen Wei-ting, told the court that the protesters had saved Taiwan from economic domination by China. Tsai Ing-wen, the DPP’s presidential candidate, has hired a few young activists, including Sunflower ones, to lead party departments.

Observers speak of a new “third force” in the island’s politics led by such activists who have campaigned on issues ranging from nuclear power to bullying in the army. They sympathise far more with the DPP than with the KMT, but they complicate the strategies of both. [Source]