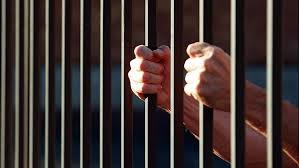 One of the many interviewees in the recent Human Rights Watch report outlining the continued use of torture by police to extract pretrial confessions was Stuart Foster, the American sociology professor who was detained at Guangzhou’s Baiyun Detention Center for seven months after being arrested for theft in 2013. At The New York Times, Andrew Jacobs interviews Foster about his rare experience being incarcerated in China, and his work informing the world about the inhumane conditions that many Chinese prisoners are forced to endure:

In an interview last week, Mr. Foster said he wanted the world to know about the mistreatment that ordinary Chinese endure after they are arrested by the police but before they are formally charged or tried in court. Mr. Foster, who later confessed to stealing money from an American colleague at Guangdong University of Foreign Studies, said he shared a bare concrete cell with upward of 30 people. There were no beds, let alone bedding, and each cell was run by sadistic inmates, anointed by the guards, who terrorized detainees with frequent beatings.

“It was a living nightmare,” said Mr. Foster, 50, speaking from his home in South Carolina, where he is writing a book about his experience. After his conviction for theft, he was sentenced to time served and deported. “I’m amazed such a world exists, but I’m equally amazed they allowed me to witness it.”

[…] At Baiyun Detention Center, the guards handed over day-to-day control to the hardened men Mr. Foster described as “the regime,” inmates who were in charge of setting quotas for Christmas light assembly — and for enforcing their own whims through random and gratuitous brutality. Those who were slow putting together the twinkling icicles ubiquitous in American suburbia, he said, would be kicked, karate chopped and occasionally whipped with the braided strands of wires.

[…] Mr. Foster recalled inmates disappearing into solitary confinement or chained to the floor for days without food or access to the toilet. “You could hear them screaming,” he said. […] [Source]