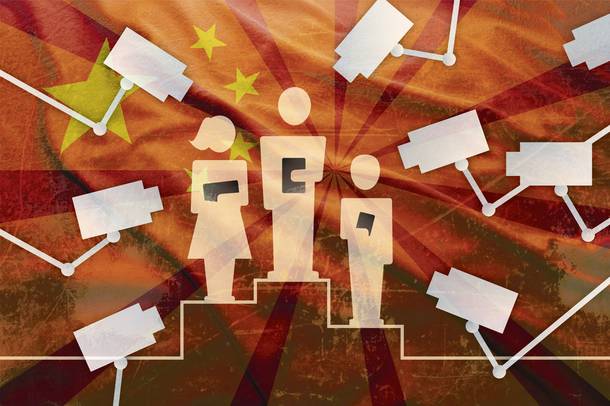 Dutch newspaper de Volkskrant recently reported on China’s plans for a wide-reaching “social credit system” rating citizens according to factors from work performance to criminal records and traffic violations to social media behavior. Businesses and other organizations will also be assessed. The system, due to be implemented by 2020, was announced last summer and highlighted in a translation by Oxford University’s Rogier Creemers, who called it “perhaps the most important reform policy you’ve never heard of.” Its stated goal is to repair a lack of trust in government, the justice system, healthcare, academia, business, and society, and to “broadly shape a thick atmosphere in the entire society that keeping trust is glorious and breaking trust is disgraceful, and ensure that sincerity and trustworthiness become conscious norms of action among all the people.”

The intentions of the new system are not only economical, fighting fraudulent practices, but also moral. ‘This is a deliberate effort by the Chinese government to promote among its citizens “socialist core values” such as patriotism, respecting the elderly, working hard and avoiding extravagant consumption’, says Creemers. A bad ‘credit code’ can result in being not eligible for certain jobs, housing or credit to start a company. ‘On the labour market you might need a certain score to get a specific job.’

Johan Lagerkvist, a Chinese internet specialist at the Swedish Institute of International Affairs, agrees the system is ‘very ambitious in both depth and scope, including scrutinizing individual behavior and what books people read. It’s Amazon’s consumer tracking with an Orwellian political twist.’

In Hong Kong a spokesperson of Human Right Watch China, Maya Wang, sees ‘a scary vision of the future’ in the system: ‘Currently there is intensive surveillance of “sensitive groups, such as dissidents, but the social credit system goes to another level. This is an effort of surveillance of all people’. [Source]

The scheme builds on the existing system of analog personal files recently described to The New York Times by Tibetan writer Woeser, who was accidentally given a copy of her own dossier. Also at the Times (via CDT), author Murong Xuecun wrote last August that:

For the first half of my life a malevolent spirit in the form of a personal file envelope followed wherever I went, recording my every move, detailing every change in my circumstances. For the rest of my life, I will have an electronic file on me whose contents I may never see. No matter where I go this new file will be a burden that I will have to carry until my dying day. [Source]

Read more about surveillance and Chinese authorities’ use of big data via CDT.