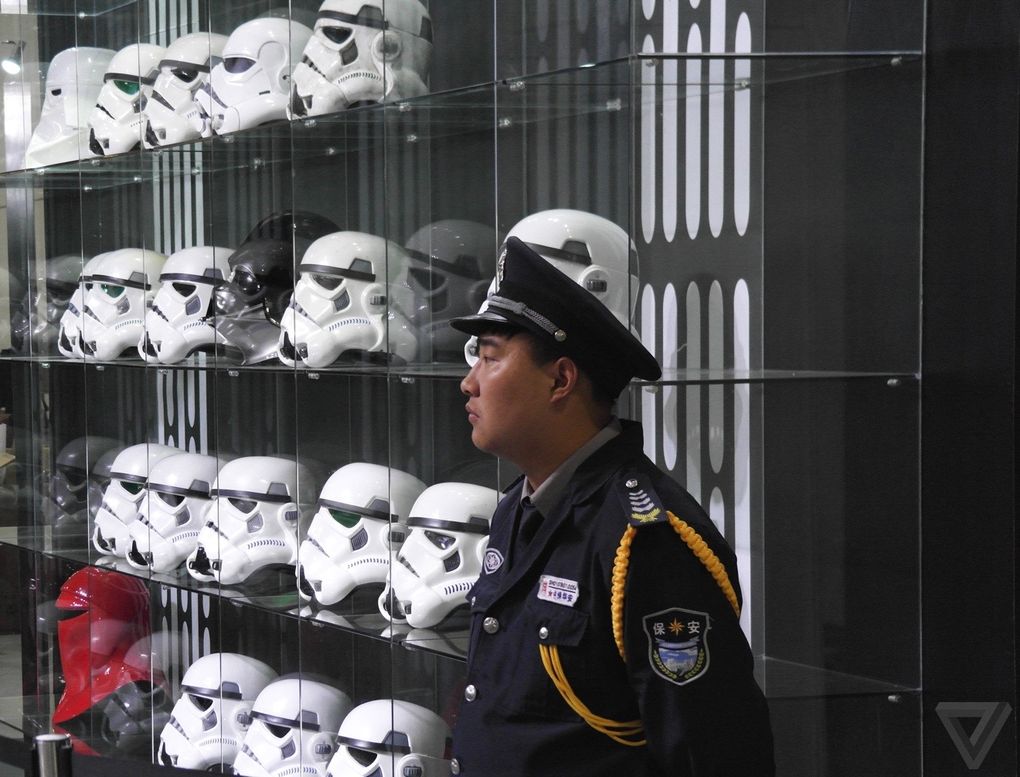 Despite official suspicion of Western influence, Erik Crouch reports at The Verge that American imports dominated Shanghai’s first Comic Con last weekend following sustained efforts by Hollywood to win over Chinese audiences and authorities. The Japanese pop culture prominent elsewhere, though, was for the most part conspicuously absent.

For those involved in bringing American pop culture to China, business is booming. On the showroom floor, American heroes are out en masse: Batman, Spiderman, and even Captain America himself appear on posters or as the costumes of many Comic Con goers. Thanks to some big-budget Chinese co-production deals — Transformers 4 and Ironman 3, most notably — a number of American blockbusters have had massive success in mainland China. With Ironman 3, not only did the film avoid government censorship, it actually had several minutes added to its mainland China release where some Chinese film stars made an appearance in a bid to boost domestic ticket sales — and it worked.

Japanese pop culture hasn’t been as lucky. Anime and manga, the lifeblood of much of Asia’s comic book culture, don’t mesh well with China’s strict media laws, which favor safe, non-provocative content. Just last month, a government document circulated online listing 62 popular manga and anime titles, including the extremely popular Sailor Moon, Naruto, and One Piece, identifying the works as “violent” or “vulgar” and recommending their censorship. Last fall, some state papers decried a Japanese “cultural invasion” of China via anime cartoons, and recommended that they be banned from the already heavily censored Chinese internet. [Source]

On the other hand, authorities have also threatened to rein in the excesses of anti-Japanese entertainments. The issue reemerged this week when a war drama was pulled off air for “modification” after depicting a prisoner using a bomb smuggled in his wife’s crotch to kill her, himself, and his Japanese captors. From Hu Qingyun at Global Times:

A commentary published on The Beijing News on Tuesday said that the shocking scene in such a bizarre drama demonstrates only vulgar taste rather than the spirit of devotion shown by Chinese resistance fighters during the war.

[…] On Tuesday Ge [Tian, who played the wife] refuted such criticism, saying that the netizens were “interpreting [the scene] out of context,” ent.163.com reported.

A number of TV drama and films about the war against Japanese aggression have come in for criticism recently because of bizarre scenes, including scenes featuring heroes tearing enemies apart with their bare hands or taking down a Japanese fighter plane with a stone.

According to a guidance issued by the State Administration of Press, Publication, Radio, Film and Television in April, dramas that depict this war in what is deemed an “excessively entertaining” manner will not receive broadcast licenses. [Source]