New Silk Road in the Spotlight on Xi’s State Tour 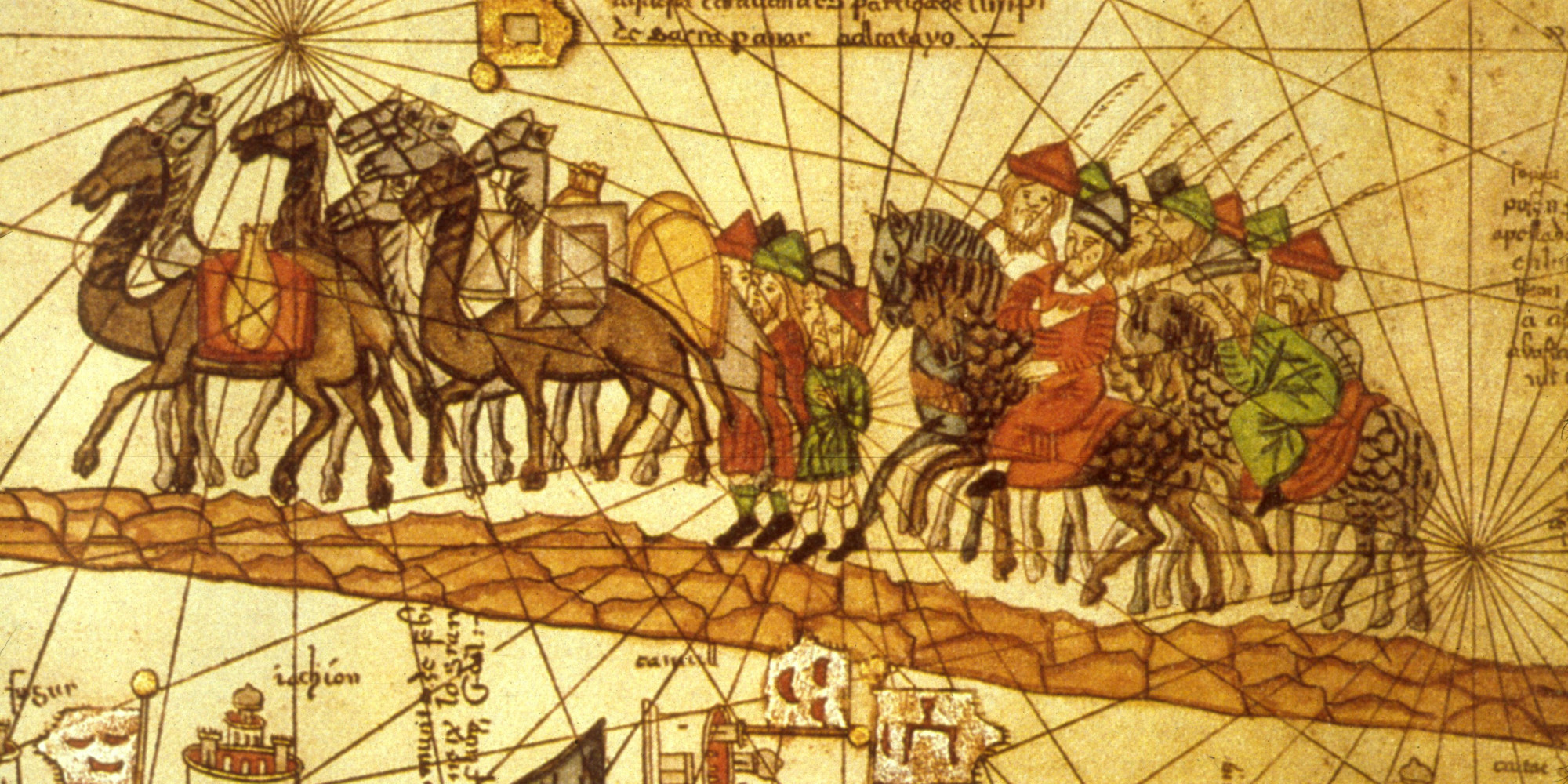 At The Diplomat, Shannon Tiezzi looks at President Xi Jinping’s stopover this week in Kazakhstan on his way to Russia and then Belarus, where Beijing’s planned Silk Road Economic Belt, itself a major part of China’s increasing strategic engagement with Central Asia, was on display:

Kazakhstan is crucial to getting China’s Silk Road Economic Belt off the ground, which is why Xi first announced that initiative during a visit to Astana in September 2013. Since then, Kazakhstan has become a major site of Chinese investment. During Premier Li Keqiang’s visit in December 2014, China and Kazakhstan signed a framework deal that will see the two countries cooperate on infrastructure, energy, and housing deals worth over $14 billion. When Kazakh Prime Minster Karim Masimov visited China in March, the two countries signed more deals worth another $23.6 billion, this time focusing on industrial capacity in the steel, oil refining, hydropower, and automobile sectors.

[…] An op-ed in the Astana Times praised the close, “mutually beneficial” relationship between China and Kazakhstan. The piece noted economic cooperation on energy as well as infrastructure projects. However, the piece also emphasized that China-Kazakhstan cooperation “is not just about trade and investment. It is about shared values, reflected in the two countries’ foreign policy.” In particular, the two countries must cooperate to fight against extremism and terrorism in the region, the piece argued. “Working together will help both countries achieve their domestic and international ambitions,” Astana Times concluded.

For China, Kazakhstan’s importance indeed extends far beyond economics. The Central Asian state is not only an important energy source and investment destination for China – cooperation with Kazakhstan has clear links to security in China’s Xinjiang province. China hopes that the Silk Road Economic Belt will boost Xinjiang’s economic fortunes, and that this growth will help quell ethnic tensions in the Uyghur Autonomous Region. Kazakhstan, which shares a lengthy border with Xinjiang, is seen as first step on Silk Road that will make economic development possible. […] [Source]

For more on ethnic tension, violence, and the ongoing crackdown on terrorism in Xinjiang, see prior coverage via CDT.

Xi’s Thursday stop in Kazakhstan came as he was en route to Russia for a three-day stay, and then finally to Belarus, where he will finish the weeklong state tour. The South China Morning Post notes that defining and incorporating mutual interests into the new Silk Road strategy will also be part of the plan in meetings with Russian President Putin and Belarusian President Lukashenko. Lawrence Chung reports:

Xi and Putin will define the priorities and direction of China-Russia ties, the foreign ministry said. They will discuss combining the Silk Road belt with Russia’s idea for a trade and infrastructure network across Eurasia, as well as the development of the Russian-led Eurasian Economic Union.

[…] On Sunday, Xi will embark on the final leg of his trip with a two-day visit to Belarus – the first visit by a Chinese president in 14 years.

In Belarus, he will meet its President Alexander Lukashenko and Prime Minister Andrei Kobyakov, and they will also discuss the Silk Road belt. […] [Source]

Russia and China signed a $25 billion deal to boost Chinese lending to Russian firms and a host of other accords deepening economic cooperation on Friday as Moscow’s ties with the West fray over the Ukraine crisis.

[…] An agreement was also signed to boost Chinese lending to Russian firms, some of which have been hit badly by an economic crisis aggravated by the sanctions and weaker global oil prices.

Russian Transport Minister Maxim Sokolov said the countries would invest 1 trillion roubles ($19.7 billion) in a rail link between Moscow and the Russian city of Kazan to be completed by 2020. Putin said the level of Chinese investment would be around 300 billion roubles.

Although relations are improving, it has not proved as easy as some Russian officials had hoped to secure funds from China, with some suspicion lingering in the relationship. […] [Source]

On May 9, Xi will be one of dozens of dignitaries observing 70th anniversary celebrations of the WWII surrender of Nazi Germany in Moscow. The Economist takes a wide look at the “uneasy friendship” between Moscow and Beijing as an indicator of changing trends in geopolitics:

Relations between China and Russia have been growing closer since the end of the cold war. Both, for different reasons, resent America’s “hegemony” and share a desire for a more multipolar world order. Russia, a declining great power, is looking for ways to recover at least some of its lost status; whereas China, a rising power, bridles at what it sees as American attempts to constrain it. As fellow permanent members of the UN Security Council, both with autocratic governments, Russia and China find common cause in sniping at Western liberal interventionism. The two countries settled all of their long-standing border disputes in 2008, just a month before the Russian-choreographed war in Georgia. Russia saw the deal as a way for it to concentrate more of its military forces in the west as a deterrent against the further expansion of NATO.

But there have been occasional tensions. […] [Source]

At Foreign Policy, Reid Standish and Bethany Allen-Ebrahimian have compiled an interactive map of Beijing’s proposed new Silk Road. From the intro:

Chinese President Xi Jinping arrived in Kazakhstan on Thursday to solidify new deals for Beijing’s ambitious plan to revive the old Silk Road as a modern-day trade hub. Beijing has already spent billions of dollars on roads, railways, and other infrastructure and intends to invest billions more to connect China to Europe in what it calls the “Silk Road Economic Belt.”

[…] Here at Foreign Policy, we’ve put together an interactive guide tracking Beijing’s victories and obstacles along the new Silk Road. The list of participating countries is still not finalized, but with China forking out billions in trade deals and preferential loans, its appeal as an economic benefactor is only set to grow. [Source]

Click through to trace the proposed route of rail, pipe, and road from Xi’an to Ankara on Foreign Policy’s informative map. Also see a post from Erin Blakemore at Smithsonian.com outlining evidence that the storied Silk Road on which the proposed economic belt has based its name may never have actually existed.