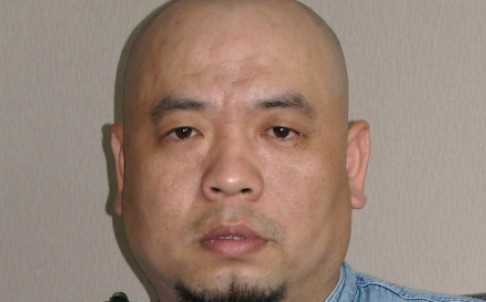 On Wednesday May 20, police in Nanchang, Jiangxi placed activist Wu Gan, also known by supporters as “the butcher” and by his online pseudonym “Super Vulgar Butcher” (超级低俗屠夫), under administrative detention for ten days. Wu had since the preceding Monday been participating in a demonstration outside of the Jiangxi Higher People’s Court against their decision to disallow lawyers access to evidence in an abuse of power case in Leping, Jiangxi. The activist has previously criticized the Xi administration’s increasing suppression of online speech in foreign media interviews, and had recently posted video footage of the controversial confrontation between petitioner Xu Chunhe and a police officer in Heilongjiang that ended with Xu’s death. The South China Morning Post’s Mimi Lau reports on the protest Wu had participated in just prior to being detained:

Wu, who was accused of disturbing public order and verbal assault, had been voicing his support for a protest by lawyers that had entered its third week.

[…] The lawyers’ protest is being led by Shandong-based Zhang Weiyu and Zhang Kai, who represent two of the four men imprisoned for the murder and rape case. They are trying to appeal against the sentence, claiming the verdict contained “severely false” conclusions.

The lawyers claim the court has refused them access to court and case documents.

A handful of lawyers and family members of the jailed men have been protesting daily outside the court with banners, from about 9.30am to 8pm.

[…] Lawyer Zhang Weiyu said he was prepared to lose his professional licence or to be arrested – threats that mainland lawyers say are commonly made against them to cow them into silence.

“We will continue the protest until our legal access to court materials is respected by the court. There is no return for us,” Zhang said. […] [Source]

The South China Morning Post’s Verna Yu reports that on Wednesday May 27, one week after his initial ten-day administrative detention, authorities upgraded his charges to the criminal offenses of “slander” and “picking quarrels and provoking trouble”—a vaguely defined charge increasingly used to detain high-profile activists in recent years. The report continues to describe the state media campaign against Wu that followed his criminal charges:

An article headlined “Revealing the true face of Super Vulgar Butcher”, said Wu, 43, was detained by police in his home province of Fujian on Wednesday on the criminal charges of defamation and “picking quarrels and provoking trouble” – a blanket charge often used to incriminate activists and dissidents.

[…] The report said Wu set up a mock grave and shouted but it did not explain what Wu was protesting about. The report listed a number of past incidents in which Wu employed unconventional ways of protesting, including parading a mannequin on which he had stuck a photograph of a woman official allegedly responsible for forced demolitions.

The report quoted a number of ordinary people speaking anonymously denouncing his alleged aggressive protests. It also quoted people supposedly from his home town criticising his “over-the-top behaviour” and saying his family background was to blame. The report also quoted ex-colleagues saying he “grumbled a lot” and nearly got sacked several times, and mentioned Wu had divorced. Wu could not be reached yesterday.

The article was carried by a number of state websites, including the semi-official China News Service and the Jiangxi provincial court’s website. It was also carried by the websites of Phoenix TV, as well as Hong Kong-based pro-Beijing newspapers Wen Wei Po and Ta Kung Pao.

State-run Beijing News and Xinhua had similar stories on Wu, while CCTV and Beijing Television carried lengthy reports showing footage of Wu’s loud protests outside the court with sound bites of people complaining about him. [Source]

Didi Kirsten Tatlow at The New York Times has more on the state media attack of Wu, countered by praise from his supporters:

[…] The reports, many of which ran on the front pages of newspapers or appeared in the main national news broadcasts, quoted neighbors or acquaintances of Mr. Wu’s as saying that he came from a troubled family. “Wherever there was trouble, he is on to it like a fly chasing stink, making the most of a mess, afraid that the world was at peace,” said one man who gave his name as Mr. Chen.

[…] Mr. Wu, a native of Xiashi village who served in the military and was a former security guard at Xiamen Airlines, “wrote a crude novel,” “was never serious at work,” had a father who “destroyed a chicken farm” — a crime for which he was sentenced to three years in prison, and a fourth year was added for escaping — the reports said.

Friends and acquaintances of Mr. Wu’s lauded him as a courageous rights activist who dared to stand up to officials despite not having an organization behind him.

[…] The reports in the state news media were aimed at “demonizing” Mr. Wu, said a politics professor at Peking University, who spoke on the condition of anonymity because of the risks that come with speaking out publicly.

“[…H]e is at the nexus of the cyberworld and the physical world, the combination of the two is something the government fears most,” the professor added. “This explains why the government was so anxious to smash him with all its media.” [Source]

CDT Chinese has collected netizen comments expressing dismay with the state media lambasting of Wu, a few of which are translated below:

Shouxianzhanghui (@寿县张晖): Xinhua Shidian’s standpoint is the pinnacle of darkness. If Wu Gan is like a fly following a stench, doesn’t that imply that China is covered in shit?

Jimo-gangkaishi (@寂寞-刚开始): Just give out good citizen cards and arrest anyone who doesn’t have one.

Wuming (@吴铭): This article on the People’s Daily website is brazenly airing an individual’s private affairs. They won’t even let his family off the hook. Makes a person think of the big character posters during the Cultural Revolution.