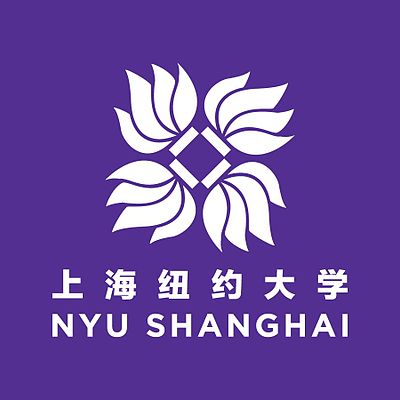 For Ethics and International Affairs, Yale’s Jim Sleeper writes about the sacrifices and compromises that Western academic institutions make as they venture into partnerships with countries that do not share their liberal traditions and values. While discussing a range of projects around the globe, he focuses on Singapore and China, where a number of American universities have set up branch campuses. Sleeper asks, “..[C]an the American idealistic pragmatism that Santayana described ‘cancel’ the illiberal character of hosts and partners in authoritarian regimes such as plutocratic Singapore, the theocratic/kleptocratic Emirates, neo-Orthodox (and newly belligerent) Russia, and, most fatefully, China, whose Ministry of Education reported late in 2014 that its universities hosted 223 programs and partnerships with American universities?”:

The result is really a presidents’ and trustees’ dream of globalization from the top, but the dreamers have blundered into sticky entanglements that will compromise liberal education beyond recognition. In Abu Dhabi, where NYU’s campus is the product of a kleptocracy that also pays most students’ tuition, most of the compromises involve not just academic life but the virtual indentured servitude of thousands of laborers from Southeast Asia who have been imported to construct the campus. In March 2015, Abu Dhabi barred NYU American Studies professor Andrew Ross, who has called attention to the labor abuses, from entering the country.36In the United States, Ross was followed by a private investigator; and a reporter who had worked with the New York Times on a story about the Abu Dhabi campus said that a representative of the United Arab Emirates had offered him payments to write more positively about the government.

President Sexton’s handling of reports about those abuses and of NYU’s complicity in them are troubling. His characterization of NYU Shanghai as part of his university’s global “organic circulatory system” is even more troubling academically, given China’s controlling interest in NYU’s joint venture with East China Normal University, on a campus built wholly by China. East China Normal University has control of the “cooperator’s” intellectual property if it is used—in an academic context—“as an educational investment.” The state, working with the Communist Party, has imposed on all its universities new demands and punishments as part of its larger strategy to absorb their Western partners’ know-how while rebuffing “Western values” at home and advancing Chinese intellectual and cultural alternatives to liberalism around the world. Chinese state documents have referred to its two major campus-based joint ventures—with NYU in Shanghai and with Duke University in Kunshan, forty miles to the west—as pilot programs for new models of cooperation. But its policies and practices reflect a drive to inoculate its own students on these campuses against whatever liberal ideas they may encounter, and to indoctrinate Western visitors in a Chinese alternative to liberal democracy and, indeed, liberal education. How effective and sustained this strategy will be remains to be seen, but American university administrators who entered into such partnerships with liberal expectations can feel the ground shifting under their feet. [Source]

Both New York University and Duke University are among those that have opened branch campuses in China. Some universities, wary of becoming vulnerable to the restrictions faced by universities in China and elsewhere, are planning to open global campuses in the U.S., in cooperation with foreign institutions. The University of Washington is planning the Global Innovation Exchange in partnership with Tsinghua University to offer master’s degrees in technology innovation, based in Bellevue, Washington. The University of California, Berkeley is also trying to secure funding for a “global campus” which would host partnerships with several international universities in Richmond, CA. From a January report in Inside Higher Ed:

The proposed Berkeley Global Campus model stands out as an approach to internationalization in that Berkeley seeks to bring foreign universities to California rather than build its own campus overseas.

[Chancellor Nicholas] Dirks said that Berkeley, like every other major university, has been approached about building an international branch campus. “We weren’t inclined to move forward with the branch campus model,” he said, citing, among other concerns, the issue of academic freedom. As other Western universities have developed branch campuses in places like Abu Dhabi, China and Singapore, they’ve faced persistent questions about whether they can uphold their commitments to academic freedom — a predicament that’s arguably complicated by the fact that the branch campuses tend to be financially beholden to their (in many cases authoritarian) government sponsors.

“A global campus situated in this country also offers significant advantages and protections when it comes to issues that can be problematic for branch campuses located overseas,” Dirks told Berkeley’s Academic Senate in an address in the fall. “At home we are on much more solid ground when it comes to protecting and supporting academic freedom, transparency, different forms of advocacy and political engagement, and protection of intellectual property. Situated along the Bay, the [Berkeley Global] campus will be a true safe harbor (a term that universities with branch campuses in mainland Asia and the Middle East use with considerable anxiety).” [Source]