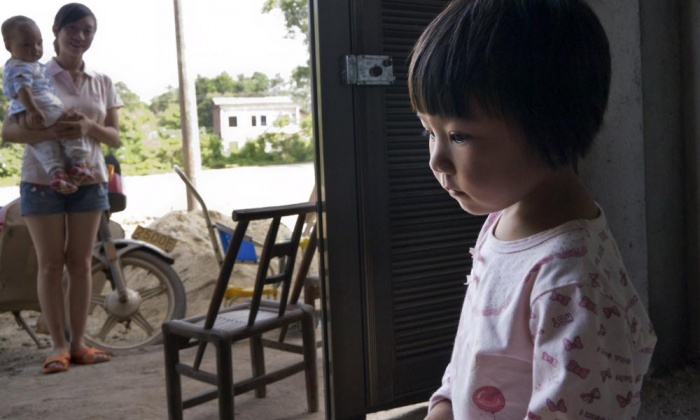 On Friday, a court in Hunan Province began hearing a landmark pollution lawsuit filed by a group of 13 families from Dapu, who accused the local Melody Chemical plant of causing abnormally high levels of lead in the blood of their offspring. South China Morning Post reports:

A court in central China on Friday began hearing a closely watched case filed by families who have accused a local chemical plant of being responsible for high levels of lead in the blood of their children and grandchildren.

Lawyers say the case in Hengdong in Hunan province is a test of the central government’s resolve to address the human cost of environmental damage caused by decades of unbridled economic growth in China. It is believed to be the first time a Chinese court is hearing a case involving lead poisoning in a group of children.

The trial comes amid a series of public interest lawsuits filed since a revised environmental protection law that came into effect in January enabled the submission of such cases and increased the penalties for polluters.

Thirteen families from in and around nearby Dapu town have accused Melody Chemical, a chemical plant and metal smelter, of pollution that caused elevated levels of lead in the blood of their children and grandchildren. They are seeking compensation, although the precise amount varies by child. [Source]

While more than fifty families agreed to participate in the lawsuit at the outset, many were later forced to withdraw due to pressure from local government authorities. The Guardian reports:

Reuters reported in May that of the original 53 families who agreed to participate in the lawsuit, most dropped out, some because of pressure from local officials. Dapu authorities denied any interference.

Dai Renhui, the lawyer for the plaintiffs, said: “This case will be a useful reference for other families affected by pollution, particularly heavy metals pollution, and give them the confidence and courage to use the law to defend their environmental rights.”

[…] Li Laiyin, a farmer who lives on the edge of an industrial park in Dapu, said he was unable to add his grandchildren to the lawsuit because he had insufficient medical records.

Li Wenjie, eight, and Li Xiongwei, 12, were diagnosed with high lead in their blood in 2012 and cannot sit still at school, Li said. “The government hasn’t given a thought to the safety of the people who live here,” he added. [Source]

Dapu’s lead problem made headlines a year ago in an expose by state broadcaster CCTV, in which the head of the township was shown saying children might have raised their own lead levels by chewing on pencils.

After the broadcast, which said more than 300 children had high lead levels, officials opened an investigation and Melody was ordered to shut down.

[…] On June 1, China’s supreme court issued a judicial interpretation which reiterated that even if emissions from polluting companies were within legal limits, they could still be liable for any harm caused.

“If courts begin to rule in favor of pollution victims more often in these types of cases, companies will be forced to internalize the cost of pollution,” Alex Wang, an expert in Chinese environmental law at the UCLA School of Law, told Reuters before the trial. [Source]