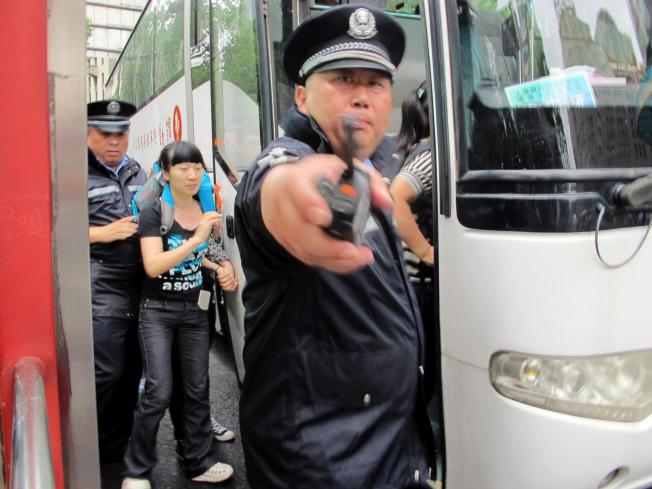 Reports of a planned paraxylene (PX) plant in Jinshan District, Shanghai, have spurred several days of street protests by residents concerned about the potential environmental impact. On Saturday, protesters continued to march in Jinshan, on the outskirts of Shanghai, but were prevented from moving their demonstrations downtown. John Ruwitch reports for Reuters:

Police walked along with the protesters, but made no effort to stop them.

“This whole area is surrounded by chemical plants. I’ve had family members die of cancer and I bet everyone here has someone who has died of cancer,” said protester Xiao Wang.

“We’re doing this for the younger generation. We don’t want them to get sick.”

A lady who gave her family name as Ma added: “The level of trust that we have in the government is very low.” [Source]

Paul Traynor reports that in the Shanghai city center, planned protests were stymied by authorities:

Still skeptical, the residents planned to protest outside the municipal government in central Shanghai on Saturday, but the venue was guarded by hundreds of police, both uniformed and plainclothes. SWAT police patrolled police tapes fencing off the area the protesters planned to gather.

The police forced demonstrators to board buses before driving away from downtown Shanghai. Scuffles broke out with less obedient protesters. Police also grabbed an Associated Press reporter and tried to shove him away. Plainclothes officers used umbrellas to try to block filming.

“People got angry and started to chant, and then they were taken away by police,” said a Jinshan resident who only gave her family name of Shen. [Source]

According to FreeWeibo, both Jinshan and Shanghai were among the top searches on Weibo:

Read more about the Jinshan protests and other demonstrations against PX via CDT.