In Crackdown on Rumors, Journalist “Confesses” 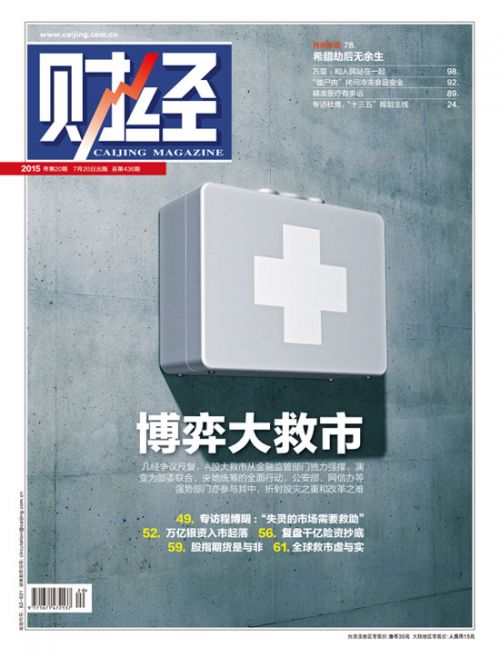 Wang Xiaolu, a journalist for Caijing Magazine, was detained after the recent stock market crash for “spreading fake information” after publishing a report claiming that the securities regulator was planning to remove government funds from the stock market. Xinhua reports that Wang has confessed to “causing panic and disorder.” From news.com.au:

According to the report, Wang “confessed” that his “false information” had “caused panics and disorder at [the] stock market, seriously undermined the market confidence, and inflicted huge losses on the country and investors”.

Wang wrote a story in July saying the securities regulator was studying plans for government funds to exit the market.

But Caijing said it “defended journalists’ rights to do their duty under the law”, according to a statement posted on its website. [Source]

Urh, what? Caijing reporter's TV confession for negative mkt story: I gathered info privately, which was not right. pic.twitter.com/M4fWVYMLjZ

Authorities in recent years have increasingly forced journalists, social media personalities, and others to make public confessions before they are tried or often even formally charged with a crime. Wang is one of 197 people detained for reportedly spreading rumors about both the stock market crash and the recent explosion at a chemical warehouse at the Tianjin port, according to Xinhua:

A total of 197 people have been punished in a special campaign by Chinese police targeting online rumors about China’s stock market, the recent fatal explosions in Tianjin or other key events.

A statement issued by the Ministry of Public Security on Sunday said that 165 online accounts were closed for relevant violations. [Source]

Others detained include Liu Shufan, an official with China Securities Regulatory Commission, and four officials from Citic Securities, China’s leading securities dealer, on suspicion of insider trading and other allegations, according to Xinhua.

The government has limited independent reporting on the stock market and issued directives banning the publications of related articles. But as CDT’s Xiao Qiang tells Edward Wong of the New York Times, in the absence of reliable information from the government and media, many concerned citizens are turning to social media as their primary source of news about the stock market:

Despite Mr. Wang’s detention and a denial of the report from a commission representative, Caijing has kept the article online. The magazine released a statement saying it did not know why the police had detained Mr. Wang.

But censors have yet to prevent people from using search terms related to the economy or the stock market on social media networks, so discussion is thriving online.

“In the absence of information about the stock market on official media, Chinese investors are relying on social media, primarily the two ‘We’s — Weibo and WeChat — to get news about the economy,” said Xiao Qiang, founder of China Digital Times, which tracks China’s media censorship.

He noted that WeChat was particularly popular because it was less “polluted” by posts from government-supported Internet users and because people could easily share news articles on the economy from Western news publications, especially stories already translated into Chinese. [Source]