“If China Is Not to Blame, Then Who Is?” 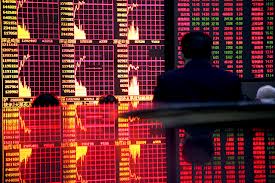 As China’s stock market has shown signs of volatility over the summer, authorities have moved aggressively to show the world that the downslide is not the fault of their own policies, but is due to other factors outside their control. While some financial experts agree that China should not bear the brunt of the blame for global financial turmoil, an editorial by Xinhua was more definitive in where the blame should lie:

China is not the main cause of the current chaos in the global financial market. Problems in the West are more to blame.

[…] With growing economic power, China is influencing the rest of the world to an unprecedented degree. But the country is not responsible for everything. If China is not to blame, then who is? [Source]

An article in Quartz by Heather Timmons and Zheping Huang answers that question by listing the government’s five top scapegoats for the crash, which include: online rumors, the U.S. Federal Reserve, hedge funds, CITIC investment bank, and “the journalist and the warlord.” The latter refers to Caijing journalist Wang Xiaolu, who appeared on CCTV making a public “confession” to “causing panic and disorder” which contributed to the stock losses.

In the Washington Post, Catherine Rampell explains how government officials began to cast blame outside their borders and then tried to control the narrative rather than acknowledge missteps which contributed to the market crash:

In subsequent months, after panic set in, the government never took responsibility for pumping irrational-exuberance-with-Chinese-characteristics into the economy. As shares tumbled, state-owned media blamed mysterious “foreign forces,” rather than a long-delayed correction, for “manipulating markets” through “covert channels.” Never mind that capital controls prevent foreigners from having much influence on Chinese markets one way or the other; it was easier to point fingers at an evil foreign conspiracy.

The Chinese government then made yet another round of rookie mistakes, by directing state-owned companies and financial institutions to buy up stocks to keep markets from falling further. (The Wall Street Journal even reported that in July, President Xi Jinping issued an executive order that Chinese stock markets must go back up.) This resulted in the government dumping $200 billion into equity markets over the past two months alone.

Not surprisingly, that proved unsustainable, and stocks continued to slide. The government got more and more desperate. It let the renminbi depreciate, only to find that the markets wanted the currency to plunge much faster than the government could tolerate. The sharp devaluation caused, among other things, economically illiterate China-bashing from U.S. politicians, as well as fears of capital flight.

The Dalai Lama responded to a report implying that Xi Jinping had publicly linked the stock market crash with “economic terrorism” in Tibet by putting a spiritual spin on the current financial situation:

“Maybe President Xi Jinping is right after all, since everything is intimately connected in this universe, maybe I am responsible for the Chinese market crash, earthquakes in South America and all the misery in the world.” [Source]