Meet Lu Jun, One of China’s Most Wanted Activists 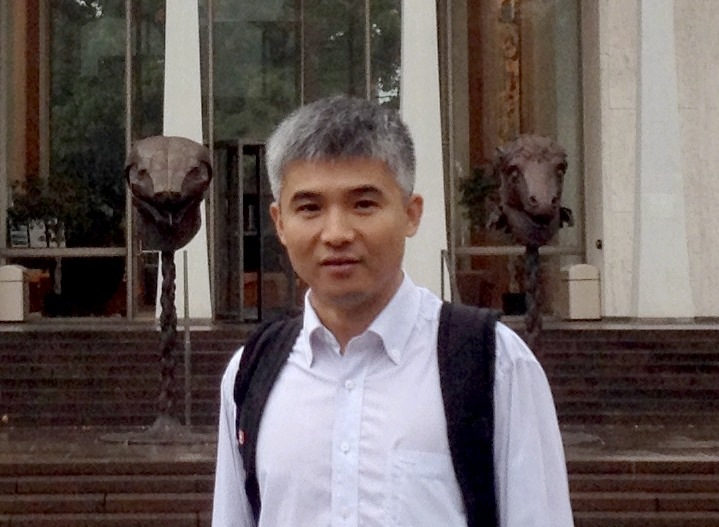 For the Wall Street Journal, Josh Chin profiles Lu Jun, founder of the public health and rights advocacy NGO Yirenping. Lu is living in self-imposed exile in New York after he and his organization became targets in the government’s crackdown on civil society:

At a training session for Chinese nonprofit founders in Hong Kong in 2013, participants fell to arguing while Mr. Lu stayed out of the fray, according to an organizer. “You’re in a room full of NGO leaders, all of them lawyers and all of them shouting, trying to outdo each other and be the smartest person in the room,” the organizer says. “But Lu Jun stands off to the side, listening intently to people and sucking up information.”

The son of a policewoman and a former People’s Liberation Army tank driver, Mr. Lu stayed out of politics growing up in the central city of Zhengzhou. When his high-school classmates marched in support of the Tiananmen Square democracy protests in Beijing in 1989, Mr. Lu says he stayed in his dorm, unsure what to believe.

As a chemistry major at Zhongnan University, his views became more skeptical after he found a book in the library that detailed the mass starvation caused by Mao Zedong’s collectivist policies in the 1950s.

“I felt I’d been lied to all my life,” he says. “It taught me that the government needs to be supervised. Without supervision, it will make a lot of mistakes.” [Source]

In July, CDT interviewed Lu Jun about the current situation for civil society groups like Yirenping in the face of a proposed law restricting the activities of foreign NGOs in China.