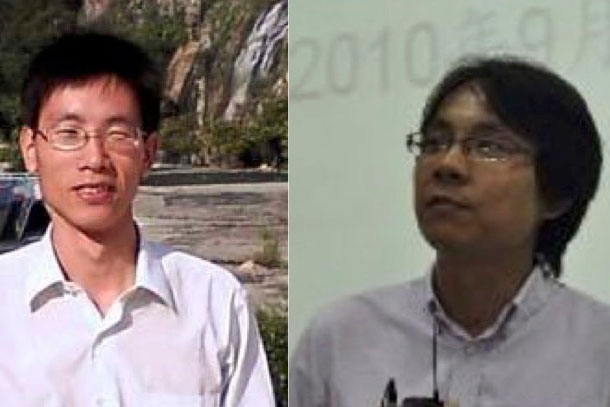 Reuters reports that two former directors of public health and social justice NGO Yirenping’s Zhengzhou branch have been detained by police. These two detentions have sparked worry that an ongoing crackdown on civil society may be intensifying:

About half a dozen security officials from the central city of Zhengzhou took Yang Zhanqing, previously an office director of Yirenping, from his home in the southern city of Huizhou late last Friday, said his wife, surnamed Bu. She declined to give her full name.

[…] Police also detained Guo Bin, who was also an Yirenping office director who fought against discrimination of people with disabilities, into custody late on Friday on the same charge, said Guo’s girlfriend surnamed Wang, who declined to give her full name.

[…] The charge of “illegal business activity” has been used recently against many NGO representatives. In April, police charged the legal representative and administrative director of Transition Institute, a think-tank that researches business, business regulations, reform and civil society, with “illegal business activity”.
[…] President Xi Jinping’s administration has detained hundreds of activists in the past two years, in what some rights groups say is the worst clampdown on dissent in two decades. [Source]

Amid the Xi administration’s crackdown, Yirenping’s Beijing offices were raided by police in March, and in April the Foreign Ministry said the organization was “suspected of violating the law, [and] will face punishment.” The South China Morning Post’s Verna Yu quotes Yirenping co-founder Lu Jun on how his organization has been a major target in the broader crackdown:

Lu said the government was tightening its pressure on Yirenping, which has long fought for equal opportunities for the disabled and people suffering from health conditions such as Aids and hepatitis.

Lu said that a series of detentions – of Guo and Yang; of five women activists who planned to demonstrate against sexual harassment on public transport in March [see prior coverage via CDT]; of the founder of Zhengzhou Yirenping Chang Boyang last year – along with a raid on Yirenping’s office in March were all part of the authorities’ efforts to rein in his group and the NGO sector at large.

Some of the country’s most progressive, independent NGOs have been targets in the government’s latest crackdown on civil society. The think tank Transition Institute was forcibly shut down and its founder Guo Yushan was detained late last year [see prior coverage via CDT].

Lu said that after last year’s establishment of the national security committee – which targets “unconventional security threats”, including ideological challenges by the West – NGOs had been harshly dealt with as potential subversive forces. […] [Source]

As pressure has been mounting on domestic activists and civil society groups, a controversial draft law on foreign NGOs has been criticized for its potential to further weaken domestic organizations. A public consultation period for the draft law ended on June 4th.

The Guardian’s Tom Phillips quotes researchers working on human rights in China on the significance of parallel government campaigns to stifle the development of domestic civil society while making it more difficult for foreign NGOs to operate in China:

Maya Wang, the China researcher for Human Rights Watch, said: “The ongoing campaign against this key NGO signifies the Xi government’s strengthened resolve to control civil society and to crack down on dissenting voices.”

[…] Under Xi, the Communist party had used both nationalistic propaganda and the promise of action on issues such as corruption to try to reinforce its authority, said Joshua Rosenzweig, a Hong Kong-based human rights researcher.

“The repression message is: ‘If you persist in criticism – in mobilising independently within society – then, in the interests of Chinese society at large, we, the party, will stop you, we will throw you in jail, we will cut off or restrict your access to the internet, we will close down your organisation.’” [Source]

One example of authorities’ efforts to stifle activism can be seen in HIV activist Deng Chuanbin’s detailed account of his police questioning last month, allegedly launched in effort to keep him from attending a human rights training forum in Geneva. Translated by China Change:

Around 9 pm on May 30, someone downstairs called out my father’s name. My mother thought it was a customer – my parents run a shop selling supplies for traditional worshipping. She went downstairs and opened the door. Four or five men rushed in, led by Mr. Yao, the head of the Peishi Township police station. They walked upstairs and came to the door of my room where I was lying down in bed, talking with my eight-year-old son. My mother said they wanted me. When I opened the door, they asked me to go with them, and they had questions to ask me. I asked them, loudly and repeatedly, whether they had any warrant. Mr. Yao dodged my questions by saying it was a verbal summons. I said that a verbal summons was only for crime scenes and what crimes had I committed by lying in bed in my own home? I asked them to show their IDs, and a tall, menacing man with darker skin flashed an ID. I said I didn’t see it clearly, reaching out to take it, but the tall man took it back. They threatened that they would carry out a forced detention if I continued to resist. […]

[…] The purpose of this summons was to prevent me from leaving China on June 7 for Geneva to attend the International Service for Human Rights (ISHR) training. On September 14, 2013, Chinese government also stopped Cao Shunli (曹顺利) from going to Geneva. You already know what happened to her: they killed her. [Source]

Activist Cao Shunli died last March after being denied medical treatment for tuberculosis in detention since the previous September. Cao was apprehended while attempting to fly to Geneva.