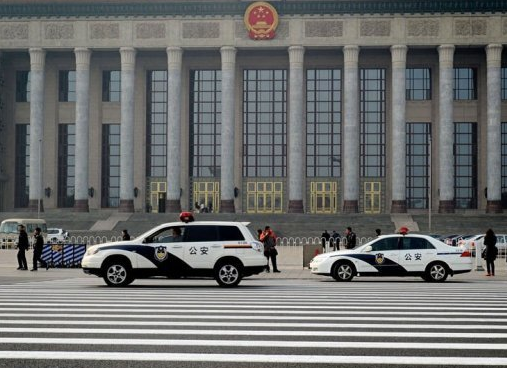 Thursday marks, among other things, the end of the public consultation period on China’s proposed Foreign NGO Management Law. Authorities say that the law will clarify foreign organizations’ rights and responsibilities, but critics argue that, on the contrary, it is too broad and vague. Foreign NGOs, journalist Song Zhibiao wrote last month, face being “pounded to death,” while their domestic counterparts could lose valuable sources of expertise and funding. On Tuesday, Ira Belkin and Jerome Cohen of NYU Law School’s U.S.-Asia Law Institute warned of a chilling of civil activity both within China and beyond if the government choses to “close its doors.” From The New York Times:

If the NGO draft becomes law, the international cultural, educational and technical exchanges that have become commonplace and so essential to China’s astonishing development may come to a grinding halt.

[…] One of the most chilling parts of the draft, Article 59, extends to activities outside China’s borders. Any of the following vaguely defined actions, if attributed not only to a representative within China but also to a foreign organization abroad, would be a violation: subversion of state power, undermining ethnic harmony, spreading rumors, or “other situations that endanger state security or damage the national interest or society’s public interest.”

In other words, if a student group on an American campus protests against Chinese government treatment of Tibetans, the university could be barred from activities in China, and its representatives in China could be detained and prosecuted.

[…] There is still time for China’s leaders to revise this draft. The National People’s Congress has invited public comment on the proposal. If the draft only reflects the views of a faction within the party, as many believe, responses from the public, including foreigners, could be influential. Those people who wish to see China continue on its path of peaceful engagement should come forward and be heard. The comment period for the draft law ends June 4. [Source]

More than 800 comments have so far been submitted, according to Human Rights In China. One came from a group of 30 Chinese lawyers, who argued that the law would “be against the fundamental principle of administrative legislation, harm China’s open and self-confident image of a great nation, and create unnecessary international dispute.” At least, they wrote, it warranted more careful consideration than it appeared to have received:

1. This legislation project, launched in a hasty manner and lacking sufficient argumentation, is an arbitrary legislation.

On October 30, 2013, NPC Standing Committee published the legislation plan for the 12th NPC Standing Committee, including in total 68 legislative items of three major categories. Foreign NGO Management Law was not among the said items, which shows that legislative authorities did not deem it was pressing to adopt this legislation. However, at the 12th meeting of NPC Standing Committee held at the end of December 2014, this law was abruptly proposed by the State Council for deliberation. Legislation is a scientific and serious process. This law will have wide-ranging influence upon exchanges and economic and social development in and outside China, and should go through sufficient legislative planning and argumentation. Without long-term social discussion and theoretical foundation, it will be very difficult to enact a rigorous, regulatory, systematic, scientific, and effective law. The consequences will be too ghastly to contemplate if such law is adopted in such an arbitrary way. [Source]

Amnesty International and Human Rights Watch have also published their submissions to the NPC. From HRW:

“Vague and overly restrictive regulations on organizations always have the goal of curtailing – not reasonably regulating – legitimate group activities,” said Sophie Richardson, China director. “In the past two years, Chinese authorities have shown increasing hostility toward civil society, and this draft law is nothing more than a means to block the activities of groups Beijing doesn’t like.”

In its submission, Human Rights Watch notes concerns about five aspects of the law:

[…] Governments have a legitimate regulatory interest in providing benefits to organizations that become legal entities and preventing criminal activity. But such regulations should not be used as a cover to undermine rights to freedom of association, expression, and assembly, which are protected under the Chinese constitution and international law. The ability of organizations to receive and use funding for lawful activities is an integral part of the right to freedom of association, which should be protected regardless of whether the groups are registered, and regardless of the nature of the funding source. While international law allows restrictions on freedom of association, they must be set out in law and narrowly defined for a specific and legitimate purpose. [Source]

That wide sweep has prompted the American Chamber of Commerce in China, the European Union Chamber of Commerce in China, foreign technology industry associations and trade promotion groups, among others, into discussions on how to respond, people familiar with the discussions said. Options being considered, those people said, include a joint letter to the Chinese government raising concerns and seeking clarifications, and submitting comments to the legislature as part of the public feedback process ending Thursday.

“The immediate target is to make very clear that basically the law, as it is drafted, is unworkable and would have enormous impact, really, to the detriment of China,” one person said.

[…] Foreign organizations in China, whether or not they are for-profit, tend to not want to stick their necks out on political issues even if their interests are at stake out of fear of official retaliation. Nonprofits in general, especially those working in areas deemed sensitive by the government such as law and education, are hesitant to take a collective position out of fear it would alarm Beijing, according to Anthony Spires, a scholar on civil society at Chinese University of Hong Kong who has met with foreign nonprofits to discuss the draft law. [Source]

According to diplomats, at least two western embassies attempted to submit formal diplomatic letters — or démarches — highlighting their concerns to the Ministry of Public Security, which refused to accept them. The diplomats said their embassies were now preparing démarches for the National People’s Congress, which will decide on the law’s final draft, and other government bureaux.

Some experts said the NPC might include “carveouts” exempting foreign universities and commercial organisations from the new legislation, thereby setting out clear but worrying new boundaries between permissible and non-permissible activities for organisations active in civil society. [Source]

While domestic NGOs face being cut off from foreign “mentors”, a new Politburo directive has ordered them to bind themselves more tightly to the Party. From Didi Kirsten Tatlow at The New York Times:

“Did you see the Politburo order?” an editor at a party newspaper asked, sotto voce, at a reception. “They’re going to set up party groups in all NGOs.”

I asked whether this would apply to foreign NGOs. Would the Gates Foundation soon have a party cell in its midst?

[…] On an organizational level, it is unclear how party groups would be inserted into small NGOs, said Shawn Shieh, a Hong Kong-based civil society specialist. A party cell usually consists of three people, he said. Some NGOs may number no more than half a dozen. “How are they going to fit three people into a small NGO?” he asked. [Source]