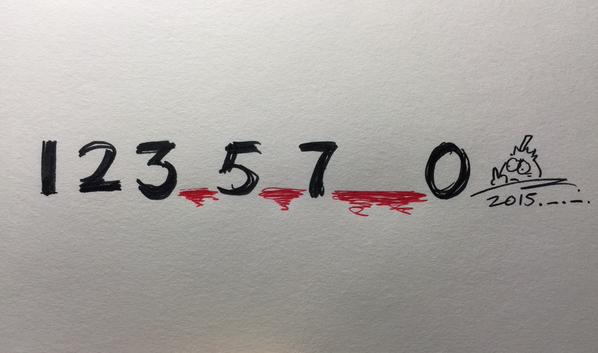 Today, to mark the 26th anniversary of the June 4, 1989 crackdown on pro-democracy protests around Tiananmen Square in Beijing, cartoonist Rebel Pepper tweeted a cartoon drawing attention to the many digits that have since that fateful day been highly-sensitive in China:

“If they could, they wouldn’t hesitate in making this day completely disappear from the calendar”

The crackdown that occurred in Beijing is often referred to as “June 4th” (六月四日), and simplified to “Six-Four” (六四) or “64”—all of which have long been sensitive words on the Chinese Internet. In order to continue discussing the forbidden date, innovative web users began to use “Thirty-Fifth of May,” until that too became sensitive. In June of 2013, even “35” was unsearchable on Sina Weibo, as was “63+1,” “65-1,” and “八八” (8 times 8).