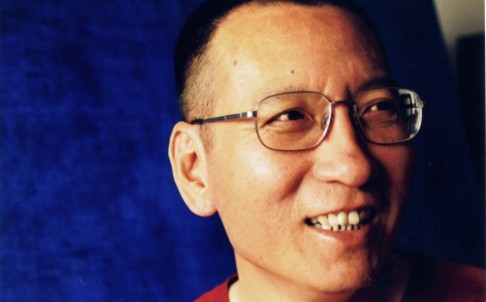 Geir Lundestad, the former secretary of the Nobel Peace Prize committee, revealed in a newly released memoir that the Norwegian government tried in 2010 to dissuade the committee from awarding the Peace Prize to Liu Xiaobo, the founder of the Charter 08 campaign for Chinese constitutional reform who was sentenced to 11 years in prison in 2009. From The South China Morning Post:

Historian Geir Lundestad recounts in his memoir Secretary of Peace some of the backstage goings-on inside the Norwegian Nobel Committee during his time as its influential, but non-voting, secretary from 1990 to 2015.

Lundestad said then foreign minister Jonas Gahr Store tried to dissuade the panel from awarding the prize to a Chinese dissident, fearing it would put a strain on Norway’s relations with Beijing.

“During my 25 years [on the committee], I don’t ever recall seeing anything like that,” Lundestad said.

Beijing had warned relations with the oil-rich Scandinavian nation of five million people would suffer when Liu was declared winner of the peace prize for his calls for political change in China. Talks on a trade pact stalled in the ensuing years and veterinary controls on importing Norwegian salmon were also stepped up.

[…] Store has denied the allegations. “I never tried to influence Jagland in his role as head of the Nobel committee,” he told the news agency NTB. [Source]

At PEN American Center, a group of 44 American writers and public intellectuals have signed an open letter calling on Chinese president Xi Jinping to release Liu Xiaobo and other Chinese writers, scholars, as well as journalists who have been imprisoned for political reasons. Edward Wong at Sinosphere reports:

The 44, most of whom live in the United States, have given their names to a letter that PEN American Center drafted and published online on Friday that asks for the prisoners’ release as Mr. Xi prepares for his first state visit to the United States. The letter cites Liu Xiaobo, the imprisoned Nobel Peace laureate, and his wife, Liu Xia, who is under house arrest; Ilham Tohti, an ethnic Uighur and an economics professor; and Gao Yu, an ailing 71-year-old journalist.

[…] Many people, including Chinese readers, will recognize some of the names. They include the writers Neil Gaiman, Jennifer Egan, Jonathan Franzen, Susan Orlean, Ian McEwan, Paul Auster and Art Spiegelman. Chinese-born novelists are present, too — Ha Jin and Xiaolu Guo. There are also scholars of China and Tibet who have been outspoken in their defense of free speech, among them the professors Andrew Nathan and Elliot Sperling, both of whom have been banned from entering China by the government.

The letter says that the four incarcerated Chinese mentioned above and “countless others highlight the harsh punishments faced by writers who voice views that the government finds objectionable. The imprisonment of writers and journalists damages China’s image abroad and undercuts its ambition to be a strong and respected partner on the world stage.” [Source]