Stakes “Getting Higher” for China in the Middle East 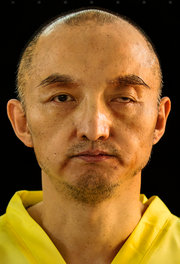 As more than four million Syrians flee ongoing civil war, the Chinese government has said the U.S. and other Western countries should be responsible for accepting refugees because of their role in fostering the conflict. Many Chinese Internet users have echoed the government’s concerns and spoken out against China opening its borders. From Beimeng Fu at Buzzfeed:

Here is how one Sina Weibo user responded to a question about whether the country should be taking in refugees: “You must be using Chinese internet users to force the government to take more refugees to impede China!”

[…] One particular opinion that dominated the online commentary blamed the countries that started the wars. “The countries who created and assisted the wars are obliged to take [refugees],” wrote a user. “Look at Americans, as if it’s none of their business.”

He continued, “Americans stay aside and laugh about it.” Weibo.com [Source]

Comments on both websites were mostly negative. Some said Western countries, especially the United States were responsible for escalations in the Syrian civil war. “When the US proposed sanctions against Syria in the United Nations, China and Russia voted against it, meaning they foresaw this would lead to severe consequences,” a user on comefromchina.com said. “The US helped caused the trouble in Syria, leading to the rise of ISIS, therefore US should take the refugees,” another said.

Meanwhile, many pointed out that the refugees would prefer welfare states in the West over China. “Don’t overworry yourself, even if we say yes, they wouldn’t want to come,” one user on Tianya said. [Source]

Bethany Allen-Ebrahimian writes for Foreign Policy about the impact the photo of drowned three-year-old refugee Aylan Kurdi had on Internet users in China, and quotes Internet users who castigate U.S. policy for its role in the refugee crisis:

It’s a crisis unfolding relatively far from China’s borders, but the photo of Kurdi brought the reality of the crisis home to many there, finding wide play in both state-run and social media. State news agency Xinhua included the photo in its daily top-ten list of international news, popular news portal NetEase featured the photo on its website, and multiple media outlets posted the photo to their accounts on microblogging platform Weibo, where the photo received tens of thousands of shares. Chinese Internet giant Sina’s official news channel widely posted the image on Weibo on Sept. 3 with the caption, “The tiny victim who will break your heart.” Many expressed grief, or hope for eventual peace. “Baby, in your next life may you be born into a peaceful, happy country,” wrote one user. “I have a five year old child,” another user commented. “As a mother, all I have to do is think of how much pain and fear this child must have felt, and my heart hurts so much I can hardly breathe.”

[… O]nline finger-pointing stems from a belief widely held across China — and actively reinforced by the party — that liberal Western political systems do not suit non-Western countries, and that attempts to install it only cause political and social instability. State media outlets readily highlight failed attempts at political reform in other countries as cautionary tales. In a representative May 2014 article titled, “Beware the trap of Western-style democracy,” party mouthpiece People’s Daily pointed to recent instability in Ukraine and Thailand. “Copying ‘Western-style democracy’ is largely unsuitable for local conditions, and can even be a destructive force,” the article claimed. “Street politics” — referring to participatory political activities such as demonstrations — “often result in chaos and even civil war.” [Source]

In an editorial published on the front page of the overseas edition of the People’s Daily, guest commentator Tian Wenlin blames Western democracy for the current humanitarian crisis in Syria, according to Quartz’s Zheping Huang:

The US had been funding the Syrian opposition and communicating with it through “working groups” set up in the area long before the Arab uprising broke out, Tian writes. “The Syrian crisis is a struggle between the government and the opposition on the surface, but the situation has long been manipulated by external forces,” Tian argues.

Europe, for its part, led the way in going to war in Libya, but in the resulting chaos ended up losing energy supplies and inviting a flood of refugees from North Africa, Tian writes. The US and Europe also gave rise to ISIL when they provoked the Syrian regime, he adds.
So why did they deploy such “horrible and stupid” foreign policies? Tian attributes it to Western democracy:

It’s worth pondering the fact that the US and Europe have always treated “democracy” as a universal value and have sold it everywhere in the world. Why are their elected national leaders becoming more and more short-sighted, particularly in foreign policies? Frankly speaking, this is precisely the product of Western democracy. In the political atmosphere where money reigns supreme and populism prevails, it’s impossible to elect a politician who is far-sighted and represents the trend of the history.

The Chinese government has been hesitant to offer diplomatic or financial aid to help resolve crises, like Syria’s, for which it does not feel responsible. Didi Kirsten Tatlow writes in the New York Times:

The message: China is reluctant to get involved in efforts to solve humanitarian crises that it believes are not of its own making.

Since 2012, China has contributed $14 million in humanitarian aid to help solve ‘‘civil unrest’’ in Syria, about 0.1 percent of the $14 billion donated by countries and organizations around the world, according to the United Nations Office for the Coordination of Humanitarian Affairs. That puts the world’s second-largest economy, with the world’s biggest currency reserves, in 32nd place, behind Japan (ninth, having contributed $445 million with $24 million more pledged).

Although China sent ships to evacuate its own citizens caught up in the fighting in Libya in 2011 and this year in Yemen, it believes the migrant crisis sweeping Europe is mostly the fault, and responsibility, of the United States and Europe, for trying to foment political change in countries such as Syria and Libya. [Source]

But that resolve is being tested with the apparent capture of a Fan Jinghui, a Chinese freelance consultant, by members of the Islamic State, who are now demanding a ransom for his release and that of a Norwegian hostage. Philip Wen writes for the Sydney Morning Herald about how this kidnapping may herald a change in the way China deals with problems in the Middle East:

[..T]his purported kidnapping is significant for being the first public ransom demand made for a Chinese national; a move which will now place Beijing’s long-held strategy of non-interference in the Middle East squarely in the spotlight.

China has extensive investment interests in the Middle East and is also heavily reliant on oil from the region. But it has been cautious in outlining its plans to combat the threat of IS, and so far has resisted joining the US-led coalition coordinating air strikes in Syria aimed at disrupting the terror group.

“It has been increasingly difficult to maintain and there’s a vicious circle of events related to Islamic terrorism involving China that [means] the stakes are getting higher.” [Source]