Is HK an Unsafe Harbor for Academic Freedom? 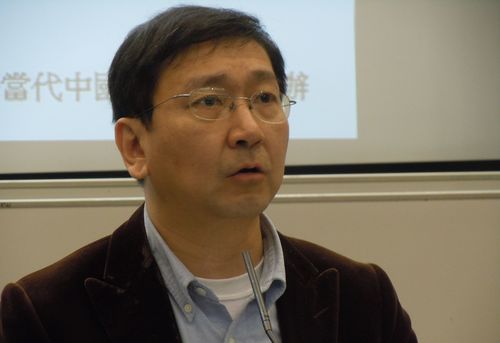 At Times Higher Education, David Matthews looks at politically motivated press attacks against Hong Kong academics as well as Beijing’s growing interference in university governance that are illustrative of the broader loss of academic freedom and university autonomy in the territory:

Academic freedom and university autonomy is guaranteed by law in Hong Kong. Nevertheless, a number of scholars who are not “politically correct” – that is, they are too critical of Beijing – believe that they are being targeted by media smear campaigns from pro-communist newspapers, passed over for jobs, or blocked from taking senior management positions by university councils loyal to Beijing.

[…] The climate of academic life in Hong Kong has changed, agrees HKU’s Chan. “Only in the past couple of years have we seen direct attacks on academics. It’s no longer on your views, it’s your person,” he tells THE.

[…] So concerned have some scholars become by the broadsides against academics that in February they wrote a public letter urging pro-Beijing media to rein in their “vicious” attacks and to “exercise caution in guarding their reputation as self-respecting public media”. So far more than 1,000 students and staff from Hong Kong’s universities have signed it.

Other academics believe that the Hong Kong government, and therefore Beijing, is encroaching on academic autonomy by infiltrating university governance. Hong Kong’s chief executive, Leung – the man who last year became a hate figure to protesters who believed his true loyalties lay with Beijing rather than Hong Kong – is automatically chancellor of all universities in the city. Leung has varying levels of power over council appointments. At the University of Hong Kong, for example, he has the power to appoint both the chairman and another six members of its council, the body of up to 24 people that appoints the vice-chancellor. [Source]

The current struggle over the delayed appointment of Johannes Chan to the position of pro-vice-chancellor at the University of Hong Kong is one of the latest examples of Beijing’s interference in Hong Kong academia. In addition to academic appointments, intellectual exchanges between Hong Kong and mainland China have also been affected. This is illustrated by the unjustified barring of five mainland human rights lawyers from leaving for Hong Kong on so-called national security grounds. Ryan Kilpatrick report for Hong Kong Free Press:

Five human rights lawyers from mainland China were intercepted as they tried to make their ways to over Hong Kong over the weekend.

The lawyers, who left from Beijing, Shenzhen and Hubei province, were all told that Beijing’s Municipal Public Security had barred them from leaving the country on the grounds that they “threatened national security.”

Chen Jiangang and Li Guobei were stopped at Beijing Capital International Airport on Sunday as they attempted to board flights to Hong Kong.

[…] On the same day, Huang Simin was stopped at Wuhan Tianhe International Airport and Liu Zhengqing was forbidden from crossing the border at Futian, Shenzhen. At 5pm on Saturday, Ge Yongxi was also stopped at the Futian border crossing, where customs officers similarly informed him of the Beijing PSB notice, recording the entirety of their exchange. [Source]