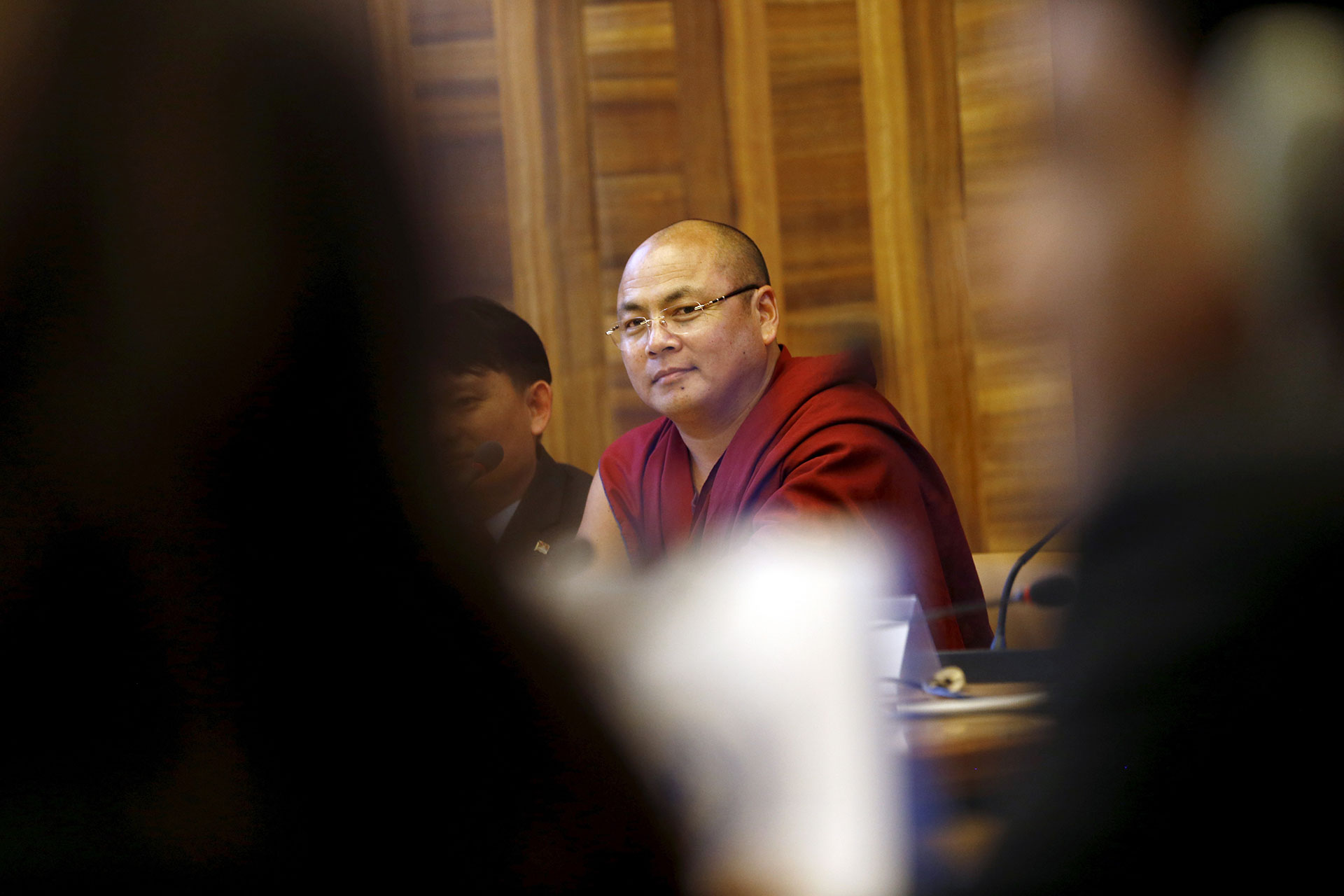 As part of a series of investigative reports from Reuters focused on “the long arm of China,” Sui-Lee Wee and Stephanie Nebehay look into allegations that Chinese government representative have used various intimidation and threat tactics to silence their critics at the United Nations Human Rights Council in Geneva. Golog Jigme, a Tibetan monk who escaped from detention and fled to Switzerland, says he was photographed by a Chinese government official in the U.N. building, in violation of U.N. rules:

More broadly, Beijing’s conduct here is an example of China’s growing capacity to stifle opposition in the international arena. The Communist government’s global reach is growing at a time when it is cracking down on domestic dissent and preparing a new, restrictive law on foreign non-governmental organizations (NGOs) operating in China. In July, Chinese authorities targeted human rights lawyers and activists, detaining or questioning 245 of them, according to Amnesty International.

Photographing and filming critics like Golog Jigme is one tactic. Others include pressuring the United Nations to deny accreditation to high-profile activists and filling up meeting halls with Chinese officials and sympathizers to drown out accusations of rights abuses.

[…] China’s campaign is working, diplomats and activists say. The ruling Communist Party has succeeded in evading censure of its rights record at the U.N. in recent years. NGOs and alleged victims of human rights abuses on the mainland are struggling to make their voices heard.

“As long as they feel the political costs of intimidating someone are lower than the benefit of hearing the criticism, the practice will continue,” said Michael Ineichen, a director at the International Service for Human Rights. The NGO supports human rights defenders. The U.N. and member states, he said, must “increase the political costs so it’s no longer beneficial for China to silence people at the U.N.” [Source]