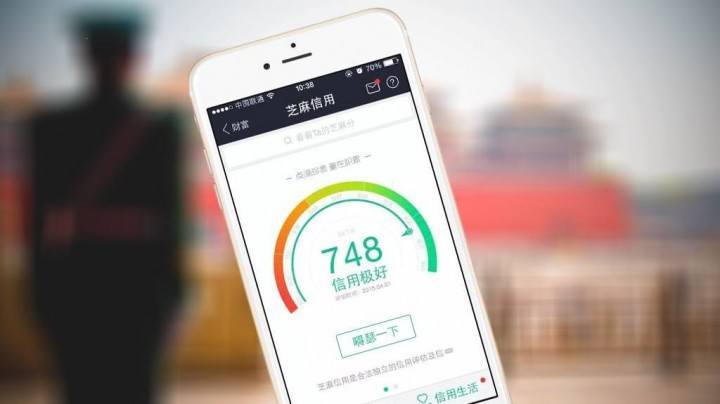 The Chinese government is preparing to launch a controversial credit score system that will utilize big data to rank each citizen’s trustworthiness based on a variety of financial, legal, and social factors. The University of Oxford’s Rogier Creemers writes at CNN:

This system, which is currently in the planning phase, seeks to leverage the explosion in personal data generated through smartphones, apps and online transactions in order to improve citizens’ behaviour.

According to a planning document published by the State Council last year, its objective is to improve “sincerity” in government affairs, commerce and social interactions.

[…] Individuals and businesses will be scored on various aspects of their conduct — where you go, what you buy and who you know — and these scores will be integrated within a comprehensive database that not only links into government information, but also to data collected by private businesses.

However, they do indicate that an individual’s credit score might be used in granting or withholding particular social services, barring fraudulent individuals from certain forms of business, and in order to publicly shame perpetrators of “trust-breaking.” [Source]

Creemers continues to note that the information age trend of “companies and governments […] seek[ing] to harness [data] for their own purposes” is by no means limited to China.

Early this month, in response to a blogpost from the ACLU’s Jay Stanley which described the proposed system as “nightmarish,” Tech In Asia’s C. Custer advised that news on the proposed system be taken with a grain of salt until its blueprint becomes more clear.

With plans to establish a national credit score database of every Chinese citizen by the end of 2020, the government is currently closely monitoring several pilot projects run by Chinese companies. The BBC’s Celia Hatton looks at one of these trial scoring systems managed by Alibaba:

One of the most high-profile projects is by Sesame Credit, the financial wing of Alibaba. With 400 million users, Alibaba is the world’s biggest online shopping platform. It’s using its unique database of consumer information to compile individual “social credit” scores.

[…] Sesame rates the online financial transactions of those using Alibaba’s payment system, in addition to data it obtains from its partners including the taxi service Didi Kuaidi, rating whether users bothered to settle taxi payments.

[…] “Someone who plays video games for 10 hours a day, for example, would be considered an idle person, and someone who frequently buys diapers would be considered as probably a parent, who on balance is more likely to have a sense of responsibility,” Li Yingyun, Sesame’s technology director told Caixin, a Chinese magazine, in February.

The Chinese authorities are watching the pilot process very carefully. The government system won’t be exactly the same as the private systems, but government officials are certainly taking cues from the algorithms developed under the private projects. [Source]