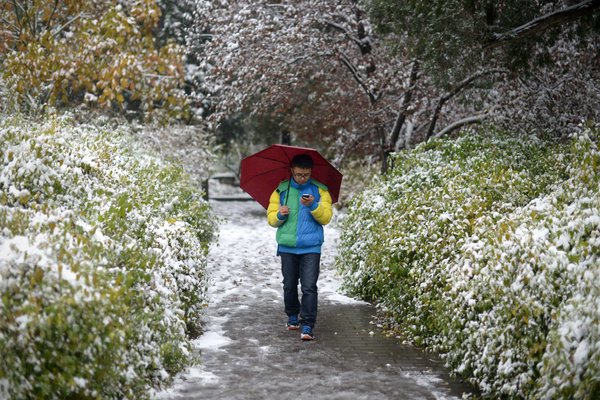 The New York Times’ Paul Mozur reports that mobile Internet users in Xinjiang have had their connections blocked, and been told to contact local police for reactivation. The measures follow calls for intensified counterterrorism after this month’s deadly attacks in Paris, but are also consistent with China’s broader efforts to control Internet use. Compared with the ten-month blackout that followed riots in the region’s capital in 2009, the new restrictions appear narrowly targeted:

The person said that when she called the police, she was told that the service suspensions were aimed at people who had not linked their identification to their account; used virtual private networks, or V.P.N.s, to evade China’s system of Internet filters, known as the Great Firewall; or downloaded foreign messaging software, like WhatsApp or Telegram.

[…] It’s unclear how many of Xinjiang’s roughly 20 million people have been affected. One of the residents whose service was shut down said that when he went to the Urumqi police station, there was a line of about 20 people, including several foreigners, waiting to ask the police to restore their mobile phone accounts.

He said he used a virtual private network to get access to Instagram, and that at the police station, an officer “took away my ID card and cellphone for a few minutes and then gave them back to me.” He added, “They told me the reason for my suspension is that I ‘used software to jump the Great Firewall.’ ”

He said he was told that his phone service would be suspended for three days, and that he would no longer use virtual private networks. “It is too troublesome,” he said. “I just have to give up my Instagram from now on.” [Source]

China has already put pressure on developers of circumvention tools; the former Instagrammer’s case illustrates the new measures’ powerful deterrent potential against users. Mobile usage dominates the Chinese Internet, overtaking that of fixed-line broadband in 2012, and making cellular data a more important chokepoint than in the West. Online barriers may be surmountable, but if doing so risks total suspension of one’s main or only means of Internet access, many are likely to harmonize their own browsing habits.

As Mozur and Amnesty International’s Nicholas Bequelin note in the Times article, authorities in Western countries are also driving forward their existing online control agendas in the wake of the Paris attacks. In both cases, officials are seeking to ensuring government access to communications: in the West, by pushing for “back doors” in encryption, which technologists argue presents a fundamental security risk; and in China, by restricting users to domestic services over which the government wields ultimate control.