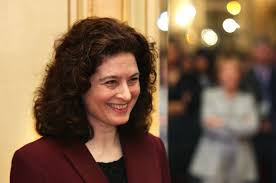 For his latest drawing, Rebel Pepper comments on recent setbacks for press freedom in China by depicting Xi Jinping as a murder victim done in by the media. In Xi’s eyes, Rebel Pepper writes, “a journalist’s tools are just as lethal as an assassin’s weapon”: Recent months have seen declining conditions for both foreign and domestic journalists. According to recent statistics from the Committee to Protect Journalists, China was again the world’s largest jailer of journalists in 2015, with a record number, 49, behind bars. Seventy-one-year-old veteran journalist Gao Yu was sentenced to seven years in prison before being granted a medical release in November.

Most recently, French journalist Ursula Gauthier has been denied a visa renewal and will be effectively expelled from China this week after writing a report about violence in Xinjiang. From Emily Rauhala of The Washington Post:

The Chinese Foreign Ministry said in a written statement Saturday that the Beijing correspondent for French news magazine L’Obs would not be issued press credentials for 2016, effectively expelling her.

Gauthier drew Beijing’s ire by writing an essay that questioned the Chinese government’s rhetoric on terrorism.

In the statement, Lu Kang, a spokesperson for the Foreign Ministry, said Gauthier was no longer “suitable” for her job in China and that her reporting “emboldened” terrorists. [Source]

Read the full statement from Lu, reported by Xinhua. Gauthier has also been the subject of a smear campaign in state media, which echoes several of the accusations made by the Foreign Ministry:

GT has yet another op-ed today attacking Ursula Gauthier & conflating her w/ all "Western media" (I refuse to link). Losing count of these.

'Do you support expelling the French journalist who championed terrorism?' Hmmm, sounds like a fair poll https://t.co/F3tAPC7iPU

Gauthier defended her work in an interview with AP:

Tom Phillips of The Guardian reports more on Gauthier’s response to the Foreign Ministry statement:

In its statement on Saturday, the ministry of foreign affairs accused the French journalist of “pouring fuel on the fire of terrorism and the brutal killing of innocent civilians”. Gauthier dismissed those accusations as “plain nonsense”.

“If it were true, if I was really supporting terrorism, I should have been indicted because it is a crime. [But] they are not indicting me, they are expelling me and they expect people to believe that this is the real issue. It is not the real issue. The real issue is that they have their own narrative of what is happening in Xinjiang and they want everyone in China, including the foreign press, to use their narrative. They don’t want any other kind of explanation or interpretation.”

A rough English translation of Gauthier’s original article is available via CDT.

If Gauthier leaves China this week, she will be the first foreign correspondent to be expelled since Al Jazeera correspondent Melissa Chan in 2012, who was accused of violating unspecified Chinese laws.

Accusations by China that @ugauthier was "emotional" is the same gender crap they laid on me when I left.

Important: while China says @ugauthier had no "sympathy" for victims, their deaths went unreported in state media https://t.co/hdECBN4BYp

Smart point by @PekingMike: Before the Paris attacks, only foreign news orgs had written about 9/18 XJ mine attack https://t.co/nRL17Gk6OO

China mistaken if it thinks expulsion of @ugauthier will stop foreign journalists from reporting on ethnic issues. Not a red line for us.

On Sunday, the government passed an anti-terrorism law that has been widely criticized for its overly broad definition of terrorism and for its potential to erode political and religious rights.

While MOFA itself has not explained the basis in the law for tying press accreditation to a specific article, an interesting piece published by Beijing Youth Daily heavily hints at the source. The Beijing Youth Dailypiece notes that Gauthier, like all foreign journalists, is subject to MOFA’s “Regulations of the People’s Republic of China on News Coverage by Permanent Offices of Foreign Media Organizations and Foreign Journalists” (Foreign Media Regs) (official English translation here). Article 21 of the Foreign Media Regs gives MOFA the power, in serious circumstances, to revoke a foreign journalist’s press card when the journalist violates the Foreign Media Regs.

The Foreign Media Regs, which is more about the process of setting up a foreign media office and obtaining a press card, do not delineate which topics are off limits for foreign journalists. There is no mention about reporting on Xinjiang, Uighurs or even terrorism. But, as the Beijing Youth Daily post notes, Article 4requires foreign journalists to “abide by the laws, regulations and rules of China, observe the professional ethics of journalism, conduct news coverage and reporting activities on an objective and impartial basis,” and “not engage in activities which are incompatible with the nature of the organizations or the capacity as journalists.”

It is this provision, which if necessary, MOFA will likely cite to for its authority to deny Gauthier her press card as a result of her November 18 article. By “championing terrorism,” MOFA has essentially stated that Gauthier has not reported “on an objective and impartial basis,” thus violating Article 4 of the Foreign Media Regs and granting MOFA the authority – through Article 21 – to deny her press card application.

Under Article 4 of the Foreign Media Regs, MOFA does not have to criminally prosecute Gauthier for a crime or even give her any form of due process (such as appealing the decision). Under the Foreign Media Regs, MOFA is the judge and jury of violations of the Regulations and with Article 4’s broad strokes, it is easy to find a foreign journalist in contempt of the Regulations. So for those foreign journalists who thought the worst was over in terms of the annual visa renewal process, think again. While Article 4 has been on the books for a while, China is now not afraid to use it. […] [Source]