Minitrue: No Comments on De-gated Communities 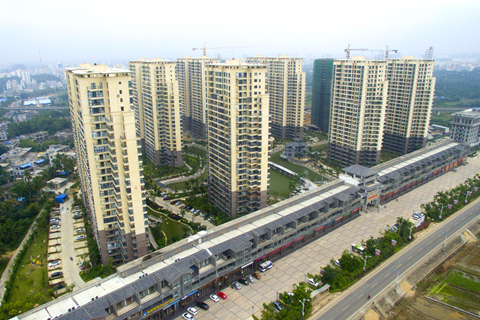 Regarding [the State Council directive] “Ceasing, in Principle, the Construction of Gated Communities, Gradually Open Existing Gated Communities, Realize the Opening of Roads in Private Residential Areas,” media, websites, and new media platforms are only to report information from expert opinion recommended by authoritative departments. Do not comment without authorization. Do not attack or call into question [the policy]. Do not organize public opinion polls. (February 26, 2016) [Chinese]

The council said the move would improve traffic networks and make better use of land.

However, Xu Xin, a law professor at the Beijing Institute of Technology, said the policy was unreasonable and illegal. He said it was “a natural result of the long-term confusion between public and private domains, plus a lack of protection for private property”.

“Gated communities that have already been built are private properties bought by owners. The right to use roads within the boundaries of these communities is shared by all owners and protected by the constitution and the law,” Xu said on Weibo. “They have no obligation to open to the public and the government has no right to intervene.”

Other legal experts cited the mainland’s property law, which states “roads within a building zone shall be jointly owned by all owners, with the exception of the public roads belonging to a city or township”. […] [Source]

At The Atlantic’s Citylab blog, Linda Poon reports on a Sina poll showing that a majority of gated community residents opposed the plan, and explains a possible reason for their opposition:

Residents of gated communities themselves have come out strongly against the plan: In an unscientific poll of 20,000 people on the news portal Sina.com, roughly three-quarters said they don’t support China’s new plan. About 65 percent cited personal safety as their main concern—even though, as CityLab previously reported, there is no conclusive evidence that gates offer communities extra protection from crime. Eighty-five percent said that if their gates are opened to the public, homeowners should at least be compensated.

On top of legal and security concerns, though, there may be a deeper, cultural reason for the backlash. The popularity of gated communities took off in the 1990s, after Chinese cities began privatizing houses amid the country’s growing economy. Gated villas became reserved for the wealthy, who could spare the extra money to buy more space in a country where livable space is limited. “The amount of square meters per person has always been very low, so having more money to buy a bigger apartment is a big thing,” says Alexandra Staub, an architecture professor at Penn State University who studies housing and urban spaces in a cultural context. “It’s sort of a sign of upward mobility, so I don’t think people want to give that up.”

Enclosed communities also grant residents a sense of personal freedom and privacy, which has become increasingly valuable in a communist state. […] [Source]