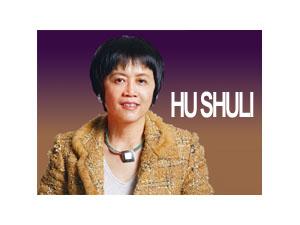 In their annual report “Attacks on the Press,” the Committee to Protect Journalists focuses on “gender and media freedom worldwide.” In one chapter, Yaqiu Wang writes about gender discrimination in the field of journalism in China, noting both unequal opportunities for advancement and stereotypes of both women and men that hinder female reporters’ careers:

The question is: Why do so many women with journalism degrees not become working journalists? The answer may have something to do with those divergent approaches to the role of gender in journalism.

[…] There has likewise been resistance to career advancement for female journalists. A 2013 survey of more than 600 female journalists in Shanghai found that 60 percent believed women are discriminated against when being considered for promotions. A 2011 survey conducted by the International Women’s Media Foundation found that women held only 7.7 percent of top-level management positions in Chinese news companies.

“The distrust in women’s ability to lead is deeply rooted,” said Li Sipan, who is also a women’s rights advocate. “I have a good friend who was a key editorial member in a fashion and lifestyle media company. She used to be annoyed by my feminist theories. One time, her company was going to publish a new magazine. She thought, given her expertise and experience, she would be selected to lead the magazine. But instead of choosing her to be the editor-in-chief, the company leadership brought in a man who clearly had less aptitude than her to be her boss. She told me that at that moment, she suddenly realized what gender discrimination is and what a glass ceiling is.” [Source]

In 2014, Yinan Che wrote for projourno.org that women are increasingly working in the traditionally male-dominated field of business journalism, but are still facing many obstacles.