What’s on Weibo: China and the End of Down Syndrome 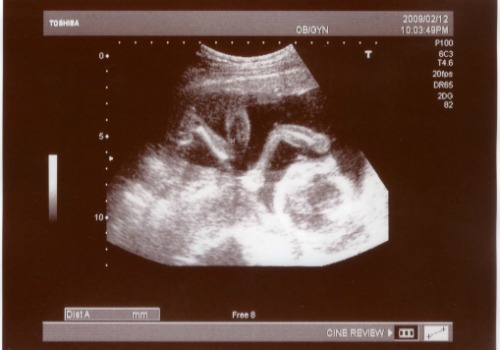 Medical science’s recent development of the prenatal detection of Down syndrome has sparked a worldwide ethical debate, as the technology coincides with advances enabling longer, healthier, and more fulfilling lives for those with the condition. After summarizing the global debate at What’s on Weibo, Manya Koetse notes its relative nonexistence in China, where mothers-to-be are able (and encouraged by a profit-driven industry) to abort afflicted fetuses extremely late in a pregnancy term, leading to a sharp decline in the genetic disorder:

The detection of Down syndrome through prenatal diagnosis in China went from nearly 13% in 2003 to over 69% in 2011 – with urban women having better access to early screenings and diagnosis than women living in the more rural areas of China. Around 95% of women terminate their pregnancy after learning the baby has DS, which is close to similarly high numbers in countries like Denmark or Hungary.

[…] What is different in China, is that abortions can take place up to the ninth month of pregnancy.* In nearly 80% of the cases where the DS diagnosis led to abortion, this termination took place before 28 weeks. In the other cases, the pregnancy was terminated later than 28 weeks; meaning that 21% of abortions related to DS take place after the 28th week of pregnancy (ibid. 2015, 315).** […]

Although the screenings are a big issue on Chinese social media, the ethical question of the abortions is seemingly not. This might relate to the fact that abortion is not as contentious in China as it is in many other countries. Pregnancy termination became quite common in China during the 20th century in relation to the one-child policy. By now, China has the highest abortion rate in the world. According to the National Health and Family Planning Commission, 13 million abortions are carried out in China every year. The actual number is probably much higher, as the official number does not include the abortion numbers from private clinics, nor the estimated 10 million induced abortions per year through medicine (Xinhua 2014), nor the numbers of sex-selective abortions– a practice that has officially been illegal since 2004.

The prevalence of abortions in China has led to a booming industry focused on abortion procedures. Bright-pink advertisements on ‘painless abortions’ depict smiling women, butterflies and flowers. […] [Source]

The article continues to note online discussion reflecting stigma and prejudice associated with the disorder, and the shock of foreigners in China who underwent prenatal screenings without giving their prior consent. Koetse has previously reported for What’s on Weibo on the booming abortion industry in China.

Amid the widespread stigma of Down syndrome in China, English-language state media outlet Sixth Tone tells the story of Bai Ye. Initially horrified with her son’s Down diagnosis, Bai learns of the availability of tailored educational programs to allow help her son live a normal life, and finally opens up a factory offering employment to those with intellectual disabilities:

Over the course of the next seven years, Bai took Genfu to every major hospital in the country. At one point, they even spent the night in the courtyard of a temple when someone told Bai that faith may cure her son.

Finally, after multiple visits to the Beijing Children’s Hospital a doctor bluntly told her that she had two options: either accept reality and begin working on ways to improve Genfu’s situation, or leave him on the corner of a street.

[…] To further improve [his motor skills] and to increase his attention span, Bai had Genfu practice scooping beans out of a bowl and count them. Coincidentally, this is actually a part of the Montessori method, which is considered in China to be an elite education. But very few Chinese know that Maria Montessori’s education program was also designed to help intellectually disabled children improve their self-awareness and motor skills.

When Genfu turned 8 years old he was sent to a special education school. He began a nine-year program just like every other Chinese child, except his curriculum was altered to suit his abilities. […] [Source]