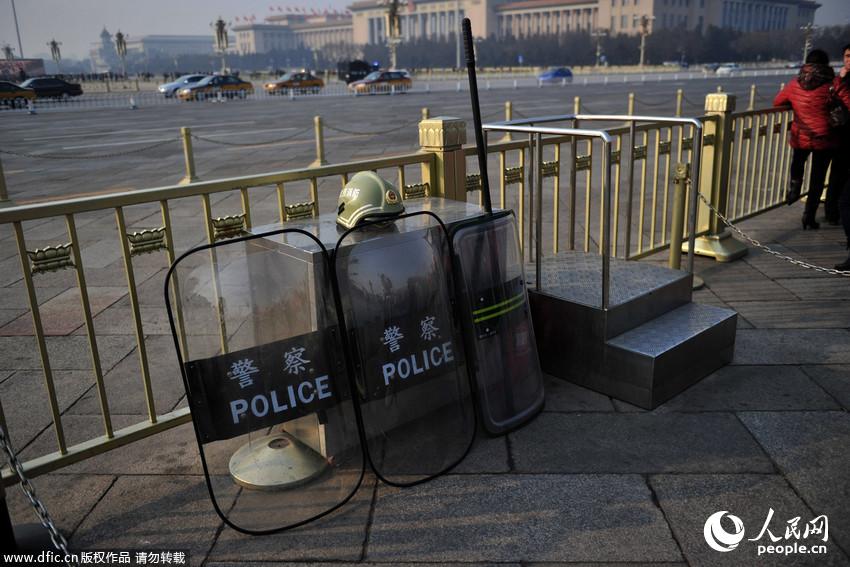 Speaking to top government officials during a policy reform meeting on Friday, Chinese President Xi Jinping vowed to address the problems of police brutality and abuse of power by putting in place tougher regulations. The resolution follows public outrage over the death of Beijing resident Lei Yang, who suffered fatal injuries while in police custody earlier this month. Lei was detained by plainclothes police on May 7 for allegedly soliciting prostitutes at a foot massage parlor in the district of Changping. Coverage of the incident has since been controlled and online commentary tightly monitored. From People’s Daily:

Chinese President Xi Jinping on May 20 chaired a meeting of the Central Leading Group for Deepening Overall Reform. He emphasized on the importance of regulating police law enforcement, and the need to achieve the team’s professionalism with behavioral standardization. He also stressed on the requirement of systemizing the management of law enforcement, as well as clarifying the flow and process of conducting when in action.

Guo also called for better training to boost legal literacy and law enforcement capacity among all police officers, especially those at local levels.

“[We need] … to educate the whole police force to consciously respect the law, study the law and abide by the law and to strictly standardise law enforcement to ensure justice,” Guo was quoted as saying.

Police bureaus across the country must come up with detailed plans and deadlines to enforce this order, Guo said. [Source]

However, a People’s Daily op-ed suggests that it is the absence of strict supervision instead of the lack of legal education that is to blame for the excessive use of force by police:

To put policemen’s powers under leash, it is necessary to strengthen supervision and accountability mechanisms. The logic behind all these brutal violence from police is not because the officers were ignorant of the law, rather, they just knew far too well that they could walk free no matter what they did. Strengthen the supervision on law enforcement is definitely necessary, and it must be through the clarification of the law and regulations on what conduct is to be punished, banned, restrictive, and forbidden. [Source]

Amnesty International’s Joshua Rosenzweig commented on Twitter that “it will take more than ‘supervision’ to bring an end to impunity.” Legal experts have proposed a number of measures to combat abuses including the transfer of responsibility for pre-trial detention from the public security organs to the Ministry of Justice. These have met with resistance from the Ministry of Public Security, however.

A short video circulated widely on Weibo under the hashtag “Lanzhou People’s Police Violently Enforce the Law” appeared to show a police officer ordering a man, whom Xiao Peng said was a friend of his from high school, into a police car, after the dispute with another group of people grew verbally abusive. A man in a police uniform then kicked Xiao Peng’s friend as he got slowly into the car.

The video also shows the police demanding that Xiao Peng hand over his mobile phone after they realize he has filmed the kick. Xiao Peng refused, and both men were taken to the police station, where they were physically abused, they said. Photographs circulating on Weibo showed two men’s bare buttocks with deep bruising and torn skin.

On Weibo, many commentators compared Public Security Bureau officers to “bandits” and said the problem of police brutality was endemic. [Source]

South China Morning Post’s Nectar Gan writes that Lanzhou authorities have since detained the officers involved in the beatings and launched an investigation into the case.