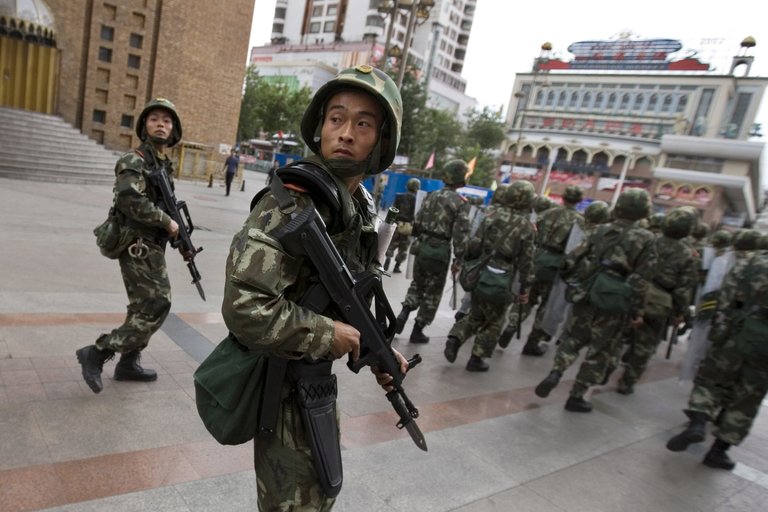 At The New York Times, Emily Feng and Edward Wong talk to the Australian National University’s Ben Hillman and Columbia University’s Gray Tuttle, editors of “Ethnic Conflict and Protest in Xinjiang and Tibet: Unrest in China’s West.” They discuss restrictions on researchers’ access to the two regions, geographical and demographic patterns of unrest, the influence of news coverage and social media, the government’s conflation of legitimate protest with terrorism or separatism, and their pessimism regarding the fulfillment of official promises that might alleviate tensions.

Q. One theme running through your book is how local bureaucracy often is not only ineffective at addressing conflict, but actually reinforces conditions that produce conflict. How does this happen?

Mr. Hillman: Laws and policies designed to protect the rights of ethnic minorities are often ignored — for example, the requirement that local government business be conducted in both Chinese and the local language — and officials are not held accountable for these failings. Further, the central government has pumped billions of dollars into Tibet and Xinjiang as part of efforts to win hearts and minds, but resources are too often captured by venal local officials, which increases inequality and fuels resentment.

Local officials have also largely failed to make people feel secure about the future of their regions’ cultural identity, and this plays out in a number of areas.

[…] Protests by Tibetans and Uighurs are officially characterized as antagonistic and a threat to national security, which effectively delegitimizes them. Local officials can and do play the security card in response to any manner of local complaint, making people extremely vulnerable. The long-term consequences of this disenfranchisement are unpredictable, but will doubtless hinder the Chinese Communist Party’s nation-building project. [Source]

A new report from Human Rights Watch this week shows how this security-centered approach has unfolded, based on official Chinese, foreign media, and Tibetan exile accounts of 479 cases between 2013 and 2015. From HRW’s press release:

The Chinese government’s campaign to suppress peaceful dissent in Tibetan areas has continued to produce a high rate of detentions, prosecutions, and convictions since the outbreak of widespread unrest eight years ago, Human Rights Watch said in a new report released today. The authorities have detained people for types of expression and assembly that are protected under Chinese and international law and had been previously tolerated. Many of these cases took place in rural areas or involved segments of society not previously targeted.

“Tibetan areas are the forefront of the Chinese government’s country-wide crackdown on peaceful dissent,” said Sophie Richardson, China director. “The authorities are treating all Tibetans as potential dissidents and are trying to extend surveillance to the entire Tibetan community.”

[…] Many detainees and defendants from Human Rights Watch’s dataset, ranging in age from 14 to 77, were people who had merely exercised their rights to expression and assembly without advocating separatism. Others had simply criticized decisions by local officials in their villages, opposed a mining development, advocated for greater language rights, or shown sympathy for self-immolators. Dozens of protests ended with security forces opening fire on protesters, although there are no reports of violence by protesters at those events.

[…] “If the goal of the ‘stability maintenance’ campaign was to wipe out dissent among Tibetans, it has failed to do so,” Richardson said. “The basis of real stability is for China’s government to respect rights, understand and respond to local grievances, and roll back abuses by security forces across the plateau.” [Source]

[…] Ultimately, I think Beijing is confident that its carrot-and-stick approach to the region will work in the long run, and that problems will dissipate once the region is more economically developed. The collected research in our volume suggests that this is a misreading of Uighur and Tibetan concerns, and that authorities should be very concerned about peoples’ fears for cultural survival as the juggernaut of Chinese modernization rolls west. [Source]

Read more on the restricted space for Uyghur and Tibetan grievances via CDT.