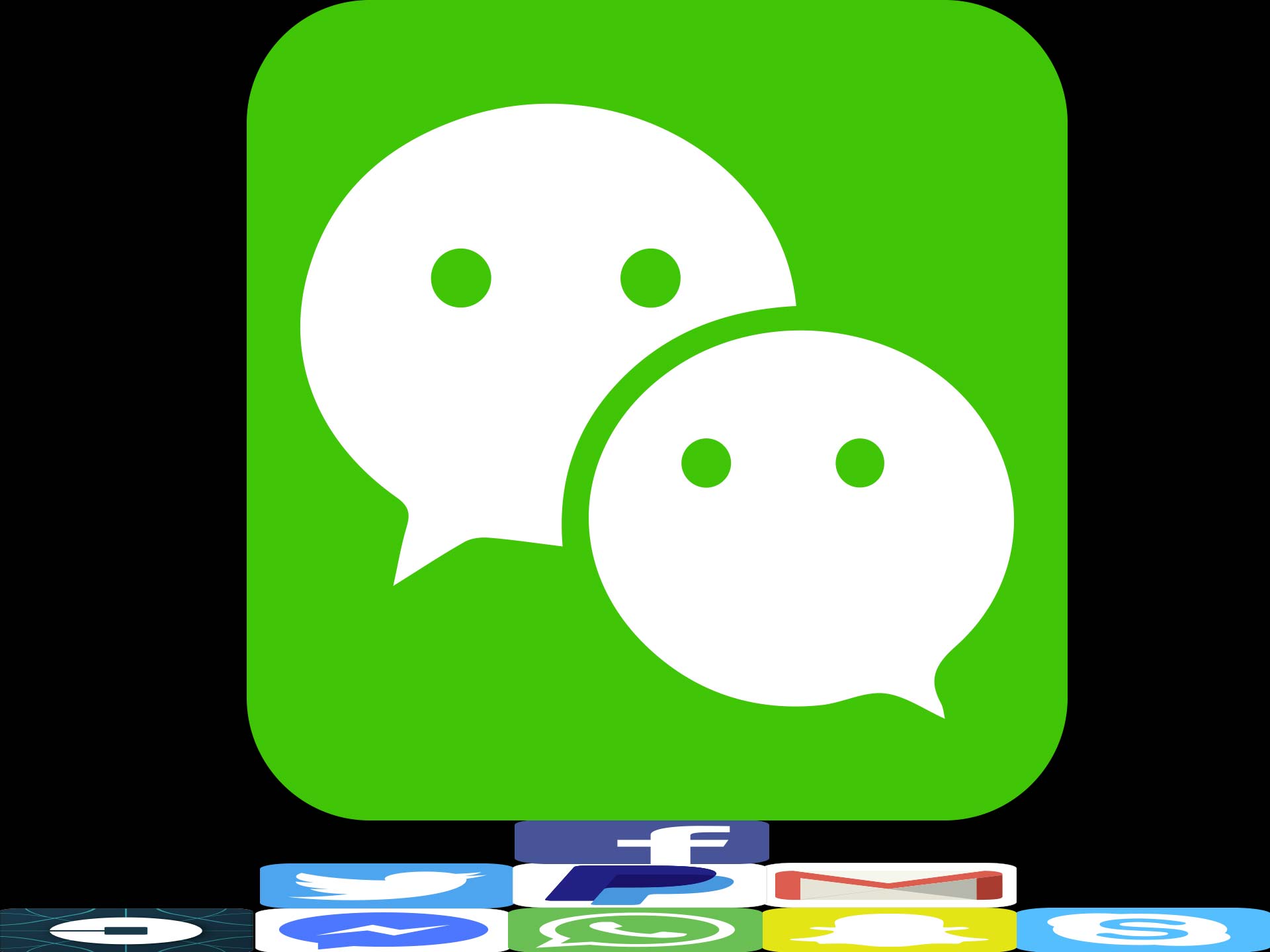 China currently has more internet users accessing the web with mobile devices than via personal computers. With mobile technology playing an increasingly important role in getting people online, innovation in the industry has been vital in transforming the role of smartphones in the lives of ordinary Chinese. At MIT Technology Review, Christina Larson looks at the remarkable growth of mobile innovation in China and how it managed to take off despite internet censorship.

It’s hard to overstate how quickly the mobile Internet has transformed the social rhythms of urban life, including a Saturday night out, in China’s cities. This is especially the case among the younger and wealthier folks most likely to wield the newest smartphones, but it’s not true only for them. Among the country’s roughly 690 million Internet users, 620 million now go online using a mobile device. Far more than the U.S., China is truly a “mobile first” market.

The homegrown companies unfurling these innovations are doing it in a country with some of the world’s tightest restrictions on the Internet. Even beyond the censorship imposed by the Communist Party and the bans on connections to overseas Web services, the government pays as many as two million people, by some estimates, to flood social media with posts “devoted primarily to distraction through cheerleading for the state,” as scholars from Harvard, Stanford, and the University of California, San Diego, showed in a paper in May. […]

These stark contrasts—an Internet that is simultaneously dynamic and lethargic, innovative and stultifying, liberating yet tightly controlled—are easier to understand when you realize they are not necessarily contradictions. Being forbidden to develop tools for stimulating free expression or transparency essentially forces Chinese entrepreneurs to concentrate their resources on services that facilitate commerce, convenience, and entertainment. And the more successful those kinds of businesses become, the more money they and their investors have at stake, possibly cementing the status quo. [Source]

One of the most transformative pieces of software to come from China’s mobile internet boom is Tencent’s social media platform WeChat, a dominant Chinese mobile app that contains in-built games, shopping, and payments, along with basic messaging functions. As Bloomberg’s Dune Lawrence puts it, “it’s actually a lot of trouble not to use WeChat when you’re [in China], and socially weird, like refusing to wear shoes.” In her article with Lulu Chen, Lawrence explores the growth of WeChat-based businesses and the proliferation of mobile payment in China:

As WeChat boomed, Zhu developed a fitness camp on WeChat, an alternative to expensive personal training in a physical gym for people already on WeChat all the time. Sign up, and you get grouped into a chat with 15 people of similar height and weight and a personal trainer who’s there to motivate you (by message and emoji) to stick to the diet and video workout plans. FitTime charges 1,000 yuan for 28 days, and more than 5,000 people have signed up for at least one month.

Stories of sudden success on WeChat abound these days, and Xi Jiutian’s is another.[…]

[…] In early 2015 she opened Hibetterme—as in, “Hi, better me”—a WeChat account devoted to the same topics. After a couple of months, her WeChat fans began urging her to sell beauty products. Setting up a shop on WeChat’s platform took her a couple of days. Xi, like Zhu, had an easy time finding funding when she began looking last fall. She’d been at it about a week when a friend of a friend put her in touch through WeChat with Eric Tong of Pros & Partners Capital in Shanghai. After they’d messaged on WeChat for about 15 minutes (a lot of their discussion was about tattoos), Tong told her to stop her search and committed 4 million yuan.

[…] WeChat has made Beijing a very different place from the city I lived in from 2006 to 2009. There’s so much less standing in line and waiting, particularly at the bank. Cash used to be king. I paid my rent in cash, my bills, every restaurant and shop. Now people shoot money around on their phones (not all on WeChat, of course, but a lot of it). [Source]

Despite the new business opportunities brought by mobile internet innovations, nearly 80% of companies polled in a recent survey reported that internship censorship in China is hurting their businesses. Evan Schmitt at AmCham China reports:

In a country famous for its Great Firewall, it’s not surprising that almost four in five member companies report that their business is negatively impacted by internet controls. In the 2016 Business Climate Survey, nearly 80 percent of members said internet censorship impacted their businesses negatively or somewhat negatively. […]

And yet the above chart also reveals that a small minority of companies which view these restrictions differently. More than 20 percent of respondents to the 2016 Business Climate Survey indicated that internet censorship positively or somewhat positively impacts their ability to conduct business normally in China. These companies are primarily small to medium enterprises with less than 1,000 employees. Companies that produce physical products such as healthcare products or consumer goods also tend to be unconcerned with internet censorship. The hospitality and travel leisure sector also recognizes benefits in internet censorship. A walled-off internet can cut off access to competitors for these companies. [Source]

In an interview with Buzzfeed, LinkedIn’s Jeff Weiner describes the difficult decision the company faced in choosing to comply with Chinese internet censorship policies in exchange for access to China’s vast internet market.

The Global Voices’ Oiwan Lam reports that online video-streaming companies in China are now under pressure to form joint ventures with state-owned enterprises as authorities seeks to gain more control over the censorship of live-streaming content.

China recently introduced a new policy intended to regulate live-streaming platforms. According to business magazine Caixin’s report, authorities will soon require popular video streaming platforms to sell between 1 and 10 percent of their shares to a so-called state-owned enterprise, which has the power to oversee the platforms’ production and decision-making.

This unique share arrangement, known as “Special Management stakes”, is similar to the idea of a “golden share“, which empowers the holder to outvote all other share holders. While a typical golden share holder would not intervene into daily operation of the business, the Chinese version stresses the stakes in “management”, which includes pre-screening, decision making on investment and new partnerships, right to censorship and decision making on the appointment of top business and content management personnel.

[…] The State Administration of Press, Publication, Radio, Film and Television (SAPRFT) urged major online video platforms, including Youku & Tudou, Let’s TV, Tecent TV and others, in a meeting on May 18 to voluntarily sign an initial agreement with the above SOEs by June 10 and complete the contract by July. [Source]

At The Washington Post, Simon Denyer examines the challenges facing China’s circumvention tool developers and activists as they navigate an ongoing cat-and-mouse game with government censors.

Although tens of thousands of websites are blocked, the Chinese government appears to tolerate having a small number of people able to vault the Wall and access the outside world. Yet for those who design systems to help netizens do just that, a knock on the door and a visit by the authorities remains a constant threat.

“I’d be lying if I said I wasn’t concerned about the risks,” the IT professional said in an interview. He spoke on the condition that his real name, his Internet alias and the name of his project be concealed. “But life is a constant adventure. I try to guess where the bottom line is for the government, weigh the risks and steer clear of the line. I won’t stop what I am doing just because it is risky.”

[…] To stay on the right side of that vaguely drawn line, the IT professional has a simple rule: He doesn’t actively promote the tool he has developed to circumvent the Wall, nor does he offer “non-technical” support for users.

“For now, the government is allowing some space for circumvention technology developers, as long as they are not working for political or financial purposes,” he said. [Source]

Elsewhere, Tom Mullaney at Foreign Affairs discusses the data security vulnerabilities present in Chinese computing, with the use of “keyloggers” in the context of cloud input presenting opportunities for the government surveillance of keyboard strokes in real-time.