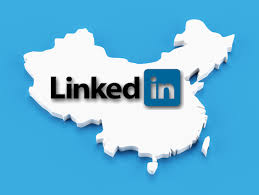 After LinkedIn executives admitted in February that compliance with Beijing’s censorship demands would be required for the successful launch of an official Simplified Chinese version—a launch that expanded the network’s user base by more than 5 million, the social networking service has followed through. As Beijing was tightening physical and digital controls for the 25th anniversary of the Tiananmen crackdown, some commemorative content posted by LinkedIn users was not visible in mainland China. For Business Spectator, Fergus Ryan reports on the broadening scope of Chinese censorship:

The tentacles of Chinese censorship have extended to the US professional social media network LinkedIn on the eve of the 25th anniversary of the Tiananmen Massacre. The reach of Chinese censorship is far wider than previously thought, and includes the international version of LinkedIn as well as people who are located outside of China.

That the censorship extends outside mainland China, and to English-language users of the site, is concerning — and exceeds the measures thought necessary for LinkedIn to do business with China. For the larger business world it spotlights a significant operational risk: that the steps required to satisfy and maintain a relationship with Beijing can increase over time. […]

“I’m very unhappy about it. I think it’s really unprofessional. Especially as I was only sharing things that are already in the public domain,” Ms Couchman told China Spectator.

“I haven’t put anything like ‘the government sucks’ or ‘it’s very, very bad behaviour’. I haven’t actually expressed my personal opinion, I’ve just shared the facts of the article. I think it’s outrageous.”

The Daily Beast also reported some Linkedin users in Hong Kong, who are usually outside of the Great Firewall of China, were also affected by the recent crackdown. […] [Source]

Hong Kong-based users Patrick Poon and Charles Mok also received notices from LinkedIn that content would not be seen by LinkedIn users in China:

really shocked to receive these messages from LinkedIn after I shared @amnestyonline video for #Tiananmen Mothers pic.twitter.com/haoY7sl56b

LinkedIn openly supports the censors of China and should be condemned for such acts. pic.twitter.com/mauLDlIOpp

Updated coverage of LinkedIn’s self-censoring from Quartz notes that the company had mistakenly sent Hong Kong users the disclaimer, and explains why some users based outside of China may have seen their content affected:

A LinkedIn spokesperson responded to our request for comment, saying that the company sent a mistaken notification advising a small number of users in Hong Kong that their Tiananmen Square-related content was blocked, but that LinkedIn did not actually block content outside of mainland China (meaning Hong Kong LinkedIn is uncensored).

Another person to encounter LinkedIn’s censorship was Helen Couchman, an artist and longtime Beijing resident who moved to Britain in February 2013, according to the China Spectator. Couchman said that LinkedIn deleted her post linking to an article about the Chinese authorities’ detention of Guo Jian, a Chinese-Australian artist and friend of Couchman’s. (She shared the same article on Facebook and Twitter, where her posts are still available.) She subsequently tweeted her dismay at LinkedIn [.]

[…] Couchman’s LinkedIn account appears to be hosted on the mainland China site, cn.linkedin.com, which might explain why her posts fell under its censorship.  […] [Source]

While the global application of LinkedIn’s self-censorship policy may not be as far-reaching as early reports suggested, China’s economic clout has in the past worked to encourage self-censorship outside of the mainland. Rights groups and media activists have expressed uneasiness about Beijing’s increasing influence the news media on Taiwan and Honk Kong—a semi-autonomous region legally immune to Beijing’s tight media constraints. Over concerns about their business in the mainland, data and media company Bloomberg was accused of quashing a story on the financial ties of top Chinese leaders, and has allegedly censored sensitive stories from their terminals in China.