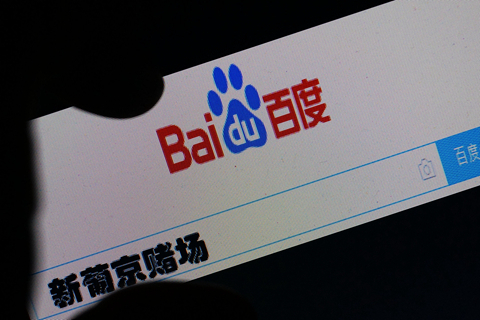 A new Baidu advertising scandal has been uncovered this week after Chinese domestic media discovered that ads for illegal gambling services can be found on Baidu’s paid search results after certain hours in the evenings. This follows government efforts to monitor online advertisements in the wake of a medical scandal involving the death of college student Wei Zexi, who underwent a dubious experimental cancer treatment advertised on Baidu’s search result. A subsequent government probe led Baidu to overhaul its paid search ranking practices. From Kevin Schoenmakers at Sixth Tone:

On Sunday, an investigative report by Chinese media The Beijing News revealed more flaws in Baidu’s advertising business. After two months of closely scrutinizing Baidu search results, The Beijing News discovered that illegal gambling sites were posting verified corporate ads — marked with a giant blue “V” — on Baidu at night. By morning, the websites were shut down and the ads disappeared.

[…] Through third-party advertising agents, gambling sites can register corporate accounts on Baidu’s advertising platform. All they have to do is find a legitimate company that hasn’t registered on Baidu yet and fake their business license with a little help from Photoshop.

“We don’t need to sign any agreements or meet in person,” said a third-party advertising agent quoted in the report by The Beijing News, referring to their interactions with shadowy gambling sites. “We just introduce ourselves through [messaging app] QQ. They want business, we receive a client fee.”

Victims of impersonation, such as a car service company registered in Henan province, central China, have no idea that their information is used to register for corporate accounts on Baidu and push gambling ads. [Source]

At Caixin, Zhang Erchi looks at how Baidu’s heavy reliance on ad revenue, which constitutes a significant portion of the company’s annual earnings, has has driven agencies to sell ad space to illegal businesses.

Although gambling is illegal on mainland China, Caixin has learned that a majority of the 36 ad agencies working with Baidu last year have sold ad space to websites containing illegal information such as gambling and pornography to meet Baidu’s sales target.

Chen Deyang, general manager of Jiangsu Shidewei Technology Co. Ltd. – a former third-party agency that worked with Baidu – said that since 2014, Baidu has started to fine ad agencies if they fell short of the 95 percent sales target, and poor performance may also lead to the termination of their partnership.

The Cyberspace Administration of China has launched an investigation into the case.