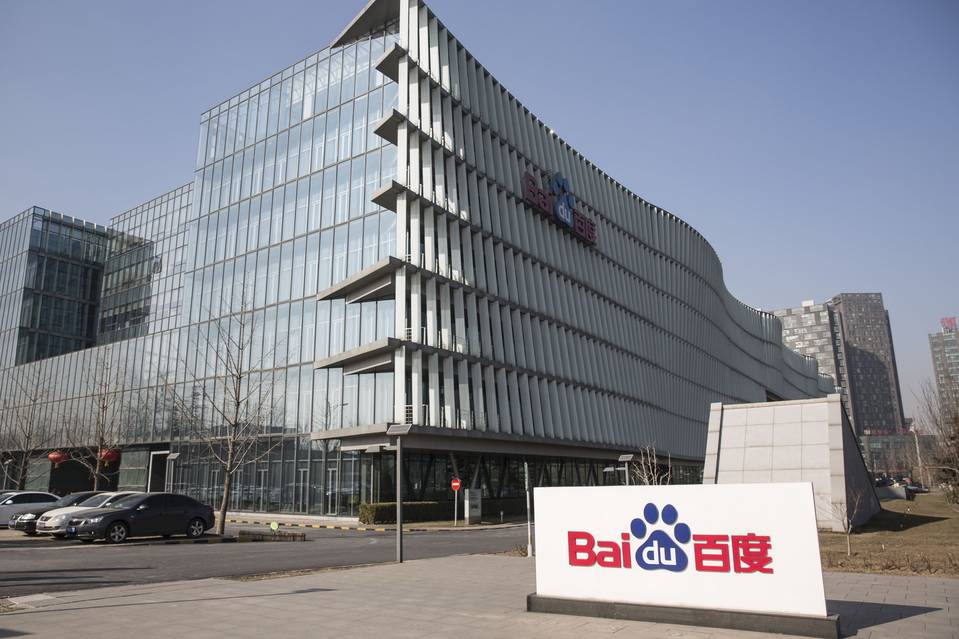 Badiucao responds to the death of college student Wei Zexi, who died of cancer in April after receiving dubious treatment from a Beijing hospital advertised on Baidu with misleading medical information. On Twitter, Badiucao suggested that China’s web censorship may be partly to blame: “In Google-less China, Wei Zexi Baidued ‘synovial sarcoma,’ and tragically died. In the Google-less Zhao Country, I look forward to King Zhao, Xi Jinping, Baiduing ‘how to save the Party’.”

Chinese authorities have launched an investigation into Baidu’s questionable search ranking practices in connection with Wei’s death. The company has long attracted criticism for taking money to boost or suppress health- and safety-related search results. In January, it came under fire from state media and NGOs for selling moderation rights on medical forums to private companies which then posted ads for substandard or bogus treatments. From Tom Phillips at The Guardian:

Wei Zexi, from Shaanxi province, died on 12 April after undergoing expensive experimental treatment that he had learned about through the search engine of Baidu, China’s answer to Google.

[…] China’s internet watchdog, the Cyberspace Administration of China, announced it was sending a team of investigators to examine what role, if any, Baidu played in the student’s death.

The company’s shares slumped by nearly 8% after the announcement of that decision.

[…] On Tuesday Baidu said it paid “particular vigilance” to its “healthcare vertical” and had “proactively cleaned up the customer base” using measures including the careful screening of potentially misleading adverts.

But an opinion piece in the state-run China Daily newspaper blamed the company’s “virtual monopoly of online searches” for the controversies and suggested that needed to change.

“The only way to stop such harmful activities is to break Baidu’s search monopoly,” it said. [Source]

China Daily also reports that a Baidu vice president was fired on Friday for “violating professional ethics and jeopardizing the company’s interest.”

In the days before his death, Wei shared his experience online to help prevent other Internet users from being misled by shady medical advertisements on Baidu. Zheping Huang at Quartz reports:

To the question “What do you think is the greatest evil of human nature?” on Chinese Q&A site Zhihu (link in Chinese), Wei answered Baidu, saying he never should have trusted medical ads on the search engine. “I had no idea Baidu was so evil at the time,” he wrote.Wei said he learned of immune therapy from the Second Hospital of Beijing Armed Police, because it was the first paid advertising result on a Baidu search for treatments. The therapy aims to use cells generated by patients’ own immune system to fight cancer.

[…] Later he learned the CIK cell therapy he received is only in clinical trials in the US and has a low record of effectiveness—information that didn’t turn up high on Baidu’s search results.

On Apr. 12, Wei’s father wrote on Zhuhu that Wei died that morning.

The tragedy suddenly took over China’s internet this past weekend. So far Wei’s Zhihu post has attracted more than 20,000 “agrees” and thousands of comments. “Doctors without conscience should die, Baidu without conscience should die, only you shouldn’t have died,” one internet user wrote. Another wrote “I only wish heaven doesn’t have Baidu.” [Source]

A major suspect behind the false medical advertising is the so-called “Putian Clan” medical business network. People’s Daily has reported that the hospital department where Wei was treated was run under contract by a Putian company, though the hospital itself has denied this. From China Spoon:

Part of the No.2 Armed Police Hospital was alleged to be contracted by the “Putian Clan”, one of the most notorious names in healthcare industry of China. Back during the days of 1980s, several local doctors from Putian of Fujian province decided to expand their small medical network outside of Fujian. At first, their primary strategy was to become contractors of individual departments within hospitals. Later due to more stringent regulation, they moved to establish their own private hospitals and clinics, which till now has a significant share within China’s healthcare system – it was by far the largest private healthcare service supplier in China if combined, stretching across all provinces and have multiple listed companies. But the reputation of the “Putian Clan” was quite negative – they were frequently associated with malpractices in advertising and overpriced treatments.

Baidu used to have a close relationship with the “Putian Clan” hospitals, as they were one of the largest clients of China’s largest search engine. But the alliance has turned sour ever since the negative press coverage took place- Baidu has been constantly raising its bars to reject online ads of hospitals associated with the “Putian Clan”. One of its most recent disclosure in 2014 showed that out of the 13k+ medical service providers that were rejected by Baidu, more than 60% were actually associated with the “Putian Clan”. Baidu has in fact increasingly shown its discontent over the liability “Putian Clan” has brought upon its brand. In early April, the “Putian Clan”, via its official association, has officially announced it will cease buying Baidu online ads, ending its long-term ties with Baidu. Wei Zexi’s death, however, put additional salt in Baidu’s wounds.

Baidu’s “moral dilemma” was quite obvious here – it tried hard to effectively end its ties with the “Putian Clan”, but on the other hand the ad bidding process was not ameliorated to the extent that a thorough verification could be realistically executed. [Source]

As of January, Baidu’s business with the Putian Clan reportedly continued. The clan also features prominently in a Vice article on malpractice in China’s private medical system, focused on a former patient who says he was pressured into overpriced and unnecessary surgical procedures that left him impotent. From RW McMorrow:

Sham penile surgeries are just one part of a much larger system of poorly regulated and corrupt private healthcare in China. In other instances of medical malfeasance, physicians at private clinics have bargained with patients during surgery, female patients have been tricked into aborting healthy fetuses, and there have been many documented deaths as a result of physician negligence. Pseudoscientific medical devices are in wide use, as is the practice of proffering false diagnoses, as more than 60 private hospitals have done to Chinese undercover journalists in the past six years. Meanwhile, the number of private hospitals in China is blossoming—between 2005 and 2015, 9,326 new facilities opened their doors. Today they make up more than half of all hospitals in China. […]

[…] Information asymmetry between doctor and patient is extreme in healthcare. The traditional moral compass for physicians—the Hippocratic Oath—has fallen victim to unbridled capitalism and corruption in China, especially in private hospitals, which saw 11 percent of all visits, totaling 325.6 million, in 2014. Once primarily a trap targeting the young or naïve or uninsured, private hospital chains like Baijia are now moving upmarket and beginning to accept government-run insurance, drawing in new swaths of society as patients. But when false marketing campaigns and supposedly low prices lure people of the middle class, will they too trust the doctor in the white coat and the big machines with English lettering? […] [Source]