The West Kowtows to China Through Self-Censorship 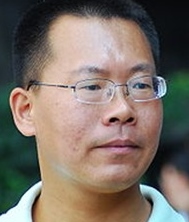 Human rights lawyer Teng Biao was commisioned to write a book reflecting on his 11 years as a rights activist in China for the American Bar Association in 2014. Last year, the ABA informed Teng that they would not be publishing the book over “concern that we run the risk of upsetting the Chinese government.” The ABA subsequently denied that as the reason for the cancellation, leading to protest from the China-focused legal rights community. The ABA’s decision fit into an ongoing trend of self-censorship by foreign enterprises looking to protect their interests in China as Beijing works hard to counter opposing foreign ideology with an increasingly outward focused propaganda strategy. The Washington Post has published an essay by Teng, in which he details his experience with the ABA, and warns that bowing to Beijing hurts international NGOs progress in China:

I don’t write this to pick on the ABA. There was nothing uncommon about this episode, but the details are useful in illustrating the corrosive influence of the Chinese Communist Party on the West. Far too many Western organizations and scholars working in China practice self-censorship — and for perfectly understandable reasons. If their conclusions on a sensitive political topic anger the regime, they won’t get a visa, and their work and funding will be jeopardized.

[…] Like every Western institution operating in China, the ABA wants its programs to be effective, so such organizations avoid a great many issues that might endanger their success. This list of issues is long: the persecution of Falun Gong, the Tiananmen Square massacre, the Communist Party’s policies in Tibet and Xinjiang, and the treatment of human rights lawyers, dissidents and street activists. These groups constantly play a guessing game about which way the political winds are blowing. Self-censorship becomes instinctive and characterizes the very basis of their interactions with the regime. Those who need help the most — who deserve it the most and who have taken the greatest risks for China’s future — get excluded before a conversation even begins.

[…] The permissive attitude and mild stances on China taken by international NGOs are of a piece with the West’s general appeasement of China’s dictatorship. It’s an approach based on shortsighted interests, and it undermines the sanctity of universal values. Not only do these policies fail to promote human rights and the rule of law in China, but also the relentless self-censorship they engender has eroded the moral prestige and values that are the foundation of free societies. It’s time for a new approach. [Source]